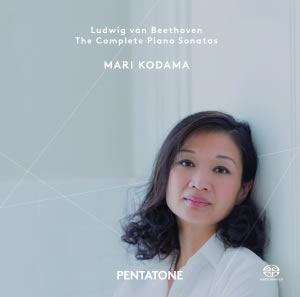 
The waiting has finally paid off: the complete Mari Kodama's Beethoven piano sonata cycle has finally arrived. Although not the first with this achievement, the very idea that an artist can play this music and still introduce a new perspective, as Kodama so often proves with her performances, is astonishing.

As Gramophone eloquently phrases it: ‘Never bearing down heavily on the music, she always allows Beethoven his own voice.'

After starting the recordings in 2003, Mari Kodama completed the final piece in 2013. Once again Ms. Kodama meets all expectations in the pursuit of these horizons, and she entirely takes on the challenge with the last instalment of her critically-acclaimed journey through this ever-fascinating cycle. It is then only fair that this feat is celebrated in the form of a collector’s item SACD box set with its larger-than-life surround sound.

One can't have too many Beethoven sonata cycles in their library when the performance is this fabulous and the surround sound is just to die for. 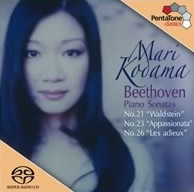 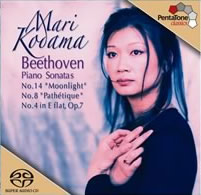 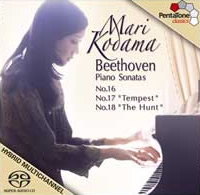 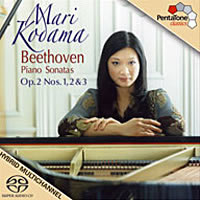 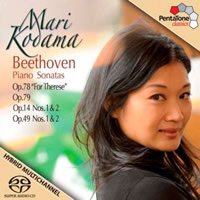 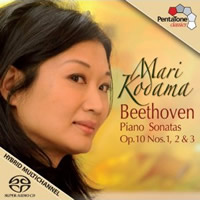 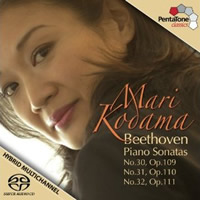 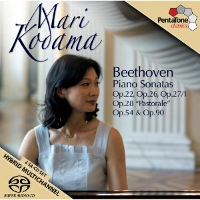 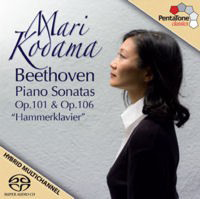