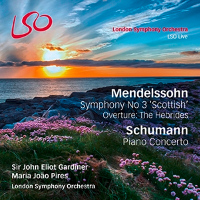 
Inspired by his travels to the British Isles and full of the influence of the rolling Scottish landscape, both Mendelssohn’s Symphony No. 3 ‘Scottish’ and his Overture: The Hebrides are amongst the composer’s most popular and admired works. The London Symphony Orchestra present us with inspiring performances of these works, as well as a performance of Schumann’s Piano Concerto, featuring the celebrated pianist, Maria João Pires.

Sir John Eliot Gardiner writes of this coupling; ‘Even if they spoke with different accents these genial Romantics were united in their ambitious fervour for ‘abstract’ music to be acknowledged as having the same expressive force as poetry, drama or the literary novel. The three works on this album exemplify the endeavour and range of invention of two of them, friends and colleagues in Leipzig’.

As well as SACD, this recording will be released on the new format Pure Audio Blu-ray, which will enable the orchestra to be heard in high resolution sound on every Blu-ray player. Bonus HD video footage of the full concert will also be included on the Blu-ray.

Sir John Eliot Gardiner's new cycle of the five Mendelssohn Symphonies for LSO live gets off to an excellent start with this first issue that couples the composer's overture 'The Hebrides' with his 3rd Symphony 'Scottish'. In addition to these works, we are given a typically searching performance of Schumann's Piano Concerto by the marvellous Portuguese pianist Maria João Pires that represents the inaugural solo concerto recording for this label.

As one might expect Gardiner's performances do include more than a nod towards period practice. Strings play with minimum vibrato and are antiphonally seated while timpani and trumpets are notably crisp, but these are essentially generously phrased romantic readings of all three works, appropriate to the Zeitgeist of their respective composers.

'The Hebrides' is given an especially strong and characterful reading with the power of the sea evoked in each bar thanks to the alert and responsive playing from every section of the LSO. Gardiner's expansive treatment of the work's lovely second subject makes a most effective contrast between the Overture's fast and slow sections. The same level of interpretative skill is evident in Gardiner's account of Mendelssohn's 3rd Symphony in which, as the concert video shows, the violins and violas played standing up. The breathtakingly virtuosic playing in the 'Vivace non troppo' is matched by the richness, flexibility of phrasing and above all sensitivity displayed by the LSO in the other three movements that combine to make Gardiner's performance something special.

Between the two Mendelssohn pieces Maria João Pires gives a wonderfully poetic account of Schumann's Piano Concerto. Tempi are more steady and less impetuous than on some recordings of this popular concerto, but the refinement and delicacy of her performance is unimpeachable. Gardner's expert accompaniment allows for some wonderful interplay between soloist and the LSO winds. A further bonus on the concert video is the inclusion of Maria João Pires's encore – a mesmerising account of 'Vogel als Prophet' from Schumann's 'Waldszenen' Op.82 No.7.

The sound quality on these discs is amongst the best that I have heard from LSO Live. The piano is very well balanced with the orchestra and the shortcomings of the Barbican acoustic are minimal. Perhaps it is also worth mentioning that the booklet artwork is the most attractive I have seen on an LSO Live disc.

It is to be hoped that future issues in this cycle equal the standard set by this one.

Collectors of Gardiner's award winning Mendelssohn series may like to know that Symphonies 1 & 4 will be released in September 2016 whilst Lobesgang will be performed live with the VC at Barbican Hall on 16 and 20 October 2016 from which presumably the final recordings of the series will be derived. Alina Ibragimova will guest for the VC; Lucy Crowe, Jurgita Adamonyté, Michael Spyres and the Monteverdi Choir for Symphony 2.

Gardiner is now exploring the Schumann Symphonies. Symphonies 2 and 4 with Overture Genoveva came out late October 2019 (Not listed on this site yet).

Really looking forward to it, his Mendelssohn survey with the LSO is arguably the best on disc certainly in recent years and particularly but not exclusively those on SACD. 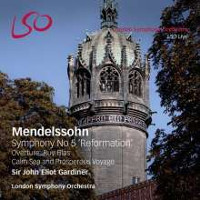 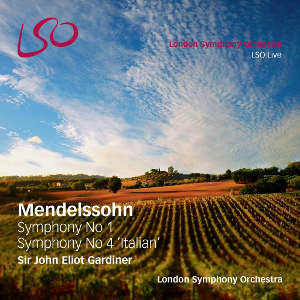 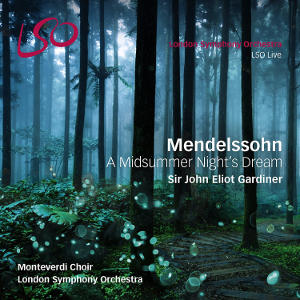 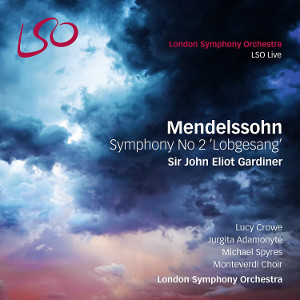 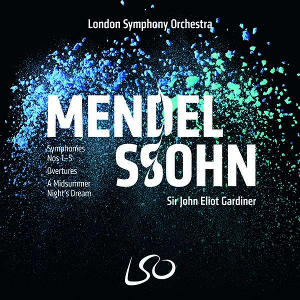 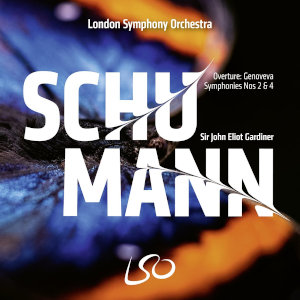 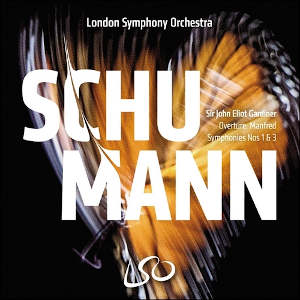