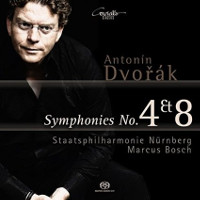 
Marcus Bosch proves in his affinity for dramatic increases and the transparent design of the two scores to be an ideal interpreter of Dvořák. Another attraction of his recording project at COVIELLO lies in the combination of known with lesser-known works by the composer - and of course in the excellent recording quality of COVIELLO.

The continued lack of Dvorak's symphonies 1-5 amidst a continuing flurry of SA-CD recordings of Symphonies 8 and 9 approaches a musical and marketing travesty. But here at last we have a projected complete symphonic cycle, which already has symphonies 3 and 4 in its first two issues.

From his much-praised Brahms and Bruckner sets for Coviello Classics, Marcus Bosch turns to Dvorak, in a series of live performances by the Staatsphilharmonie Nürnberg. The orchestra is the largest in the metropolitan region of Nuremburg, and the largest opera and concert band in Bavaria. Its history goes back to the city's Town Band of 1377. Christian Thielemann was a prior General Music Director, and Marcus Bosch took over in 2011. The orchestra is famed for its premièring of works by Blacher, Henze, Hiller, Hindemith, Ligeti, Penderecki and Zimmermann.

In order to percieve Dvorak's creative personality as a whole, it is essential to encounter his lesser-known works, a fact well-known to István Kertész in recording his Decca complete set, still a pre-eminent production. Even in his early years, Dvorak was no apprentice; indeed as a composer with the ability to create a series of masterpieces over a broad range of musical forms, he has been hailed as the greatest composer of the last half of the nineteenth century.

The first five symphonies were conceived as an experimental phase of coming to terms with classical or romantic styles, melding these with the folk songs, dances, rhythms and orchestral colours of his Czech motherland. The Fourth comes in the D minor key of Beethoven's Ninth, but only tinkers with gravitas for a short first movement introduction. Undoubtedly classical, it continues in a half stern, half lyrical vein, with rhythmic fragments from the woodwind, a big climax in the minor and a gracious waltz. Bosch rightly includes the repeat, leading to the development where the rhythmic fragments and the waltz are pitted together. In the recapitulation, the ebullience of the waltz has become subdued, and the movement ends with more development of the big minor tune which began the movement.

The second movement is a theme and variations, a form in which Dvorak was a master. Imitating the opening instrumentation of Wagner's Tannhaüser's overture, it is a work of great beauty, with only one stormy outburst, which soon subsides to washes of colour from the harp and strings. The scherzo draws upon the composer's love of trains, surging, chugging and vividly rhythmic, while the Finale combines a dark primal motive, a lyrical second subject and a mock-pompous whirl of fun.

In the "live in every sense" of their playing, Bosch and the Nurenburg Philharmonia provide an often revelatory reading of the Fourth which belies its neglect. Violins (granted, not as rich as those of the Czech Philharmonic, but lithe and lissom) are arrayed very clearly with firsts on the left and seconds on the right. The brass are deeply sonorous and brilliant in turns, while the woodwind play with flexible and imaginative phrasing. The same parameters apply to the Eighth Symphony, which has a particularly tense but fizzing finale which makes me wonder how the audience managed not to burst out in applause.

Mielke Bergfeld's Musikproduktion company are well known for their expertise in producing excellent concert captures with their own specially equipped control room and recording van. The lovely bloom of the Meistersinger Hall sounds fine in stereo, but it comes to life in the 5.0 multichannel track, where the sonic location of every instrumental group in a wide and deep perspective makes for a very realistic recording. The transparency of sound is quite remarkable.

At the time of writing, the only competition for this disc is Dvořák: Symphonies 4 & 8 - Mácal. The performances are broadly similar, although there is more tension and focus from Bosch, whose performances I would prefer. If you are looking for multichannel, then go for Bosch, since the pseudo "multichannel" of Exton is pathetic. Macal's Rudolfinium value lacks the transparency of the Nuremburg Hall because of its heavy reverberation.

Having greatly enjoyed this disc, I look forward to Symphonies 1,2 and 5; then at last we will have a complete cycle in a fine multichannel recording. Self-recommending!

There are not many options for symphony #4 but I must really say that Bosch's #8 is much inferior to Kreizburg, Jansons, Fischer, and Honeck. This is based on sound quality and on the rather less than electrifying playing of the last movement.

Still I am collecting this series for the early symphonies!

Totally agree with you Bruce, this survey continues to disappoint and is proving to be a let-down. 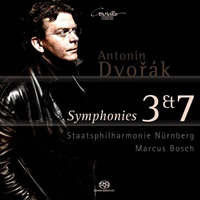 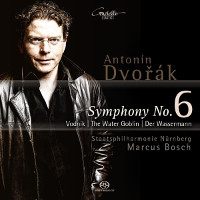 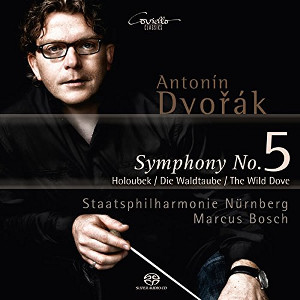 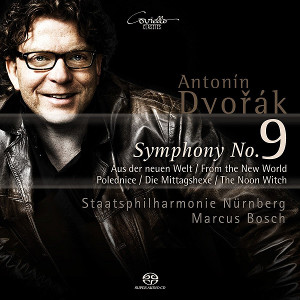 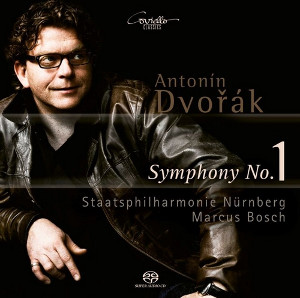 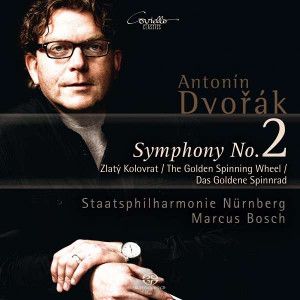