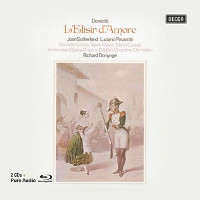 
THE EDITION: Successfully remastered at Abbey Road earlier in 2014, and as part of their celebration of ‘50 Years of Pavarotti on Decca in 2014’, Decca proudly presents this iconic recording on 2CDs+1 Blu-ray Audio (permitting true 24-bit / 96KHz playback).

A sad outing of a treasured classic of the gramophone era.

Musically, this is still one of the library choices for this delightful opera: Joan Sutherland arguably upstages everyone else in this set & Pavarotti wears his role with graceful ease. The contributions of Cossa, Malas & Casula are of a similarly distinguished standard and the use of a smaller orchestra than often heard in this repertoire allows the music to bubble away very naturally, even with no encouragement from Bonynge to whip up excitement through pure pace alone. The final note from Sutherland at the end of Act I, to name but one example, still sends elicits goosebumps it is so thrilling and there are many other similar magical moments.

On the back of the set, Decca says (in common with Puccini: Turandot - Mehta & Puccini: Madama Butterfly - Karajan) "Decca has gone back to the original tapes to make a definitive transfer at 24-bit 96kHz. The new High-Fidelity Pure Audio Blu-ray disc, in particular, affords an unprecedented opportunity to hear the recordings at this resolution." This may well be true; here it ruthlessly exposes the apparent deterioration of the master tapes, for far too many climaxes on this transfer have clearly audible distortion (on both the BD and the CDs). It is very sad that the masters were in this condition when the transfer was made for it takes a great deal of shine from an otherwise golden recording. (The other two sets are mercifully unaffected by similar afflictions & I strongly recommend them, particularly Turandot where fans of Pavarotti and Sutherland are far better served, even if one is a multi-channel fanatic.) 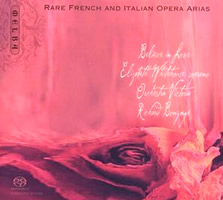 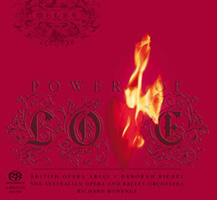 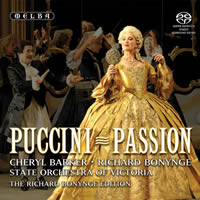 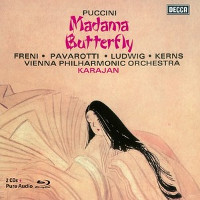 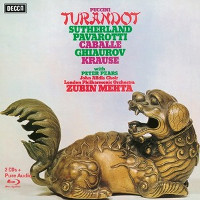 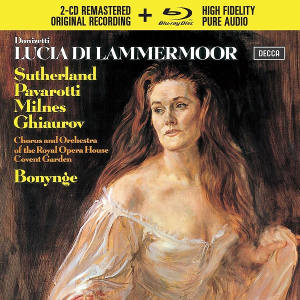 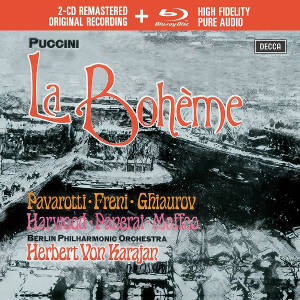 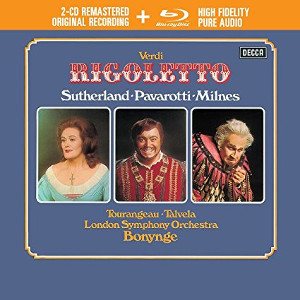 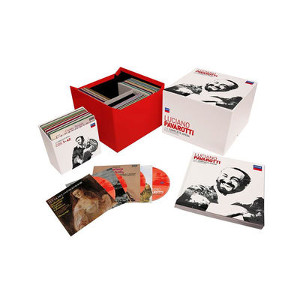