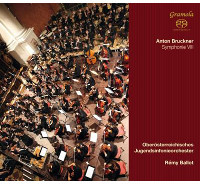 
Take 130 young musicians, one French star conductor, Anton Bruckner's most extensive symphony and the uniquely inspiring atmosphere of the Priory Basilica St. Florian: the mystical worlds created by the Upper Austrian Youth Symphony Orchestra, conducted by Remy Ballot on the occasion of the Bruckner Festival in 2014 with the 8th Symphony, led renowned critics to expressions such as «Suddenly, the gates of paradise stood gaping wide open, the eternal transfiguration - promised for afterlife - appeared as though in striking distance.» or «Out of the silence a wonderful visionary chorale on high strings and winds descends as though from heaven: the youth orchestra played it as though they were angels; it was - as the saying goes - 'a moment to die for.'»

This extraordinary performance is being released now on multi-channel hybrid SACD - explicitly without warranty on reincarnation! Upper Austrian Symphonic Youth Orchestra The upper austrian symphonic youth orchestra exists since the beginning of the nineties and is composed by the best young musicians of the country. The very successful musical education of the »Oberösterreichische Musikschulwerk« , which is exemplary for whole Europe, has as well a progressive organisation with orchestral work. The JSO forms the excellent top! With an average age of 17 years, these young musicians meet about two times a year for longer rehearsing periods with following concerts.

The characteristic of this very professional sounding orchestra is a spirited, bright, but as well warm and full sound and the big enthusiasm inspires the audience whenever they play!

A note about the recording: this is a continuation of the ongoing surround-sound Bruckner symphony series, recorded in public concerts in the Basilica Church of St. Florian, Austria. Although numerous recordings, both audio and video, have been made in St. Florian, this is the first series planned from the outset as multichannel surround, with the goal of capturing the unique ambience of "Bruckner's Church" while preserving a clear and realistic orchestral sound-stage. The 5.0 channel high-resolution master was recorded with five omni-directional Neumann mics, each feeding a single channel of the digital recorder without further EQ, mixing, or signal manipulation. The series is being released on Gramola SACDs and so far has included Symphonies 6 and 9. [the earlier recording of 3 is stereo only and will be re-recorded in surround at a later date]. Symphony 5 will be recorded in August 2017 for release on Gramola in Spring 2018.

Do you have the 8th John?
Would be interested on your comments and which version was used. 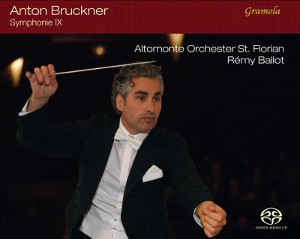 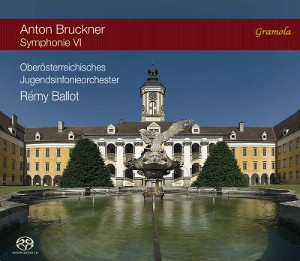 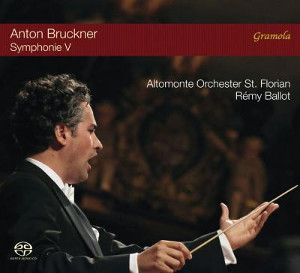 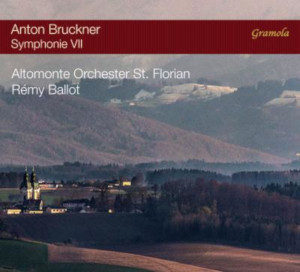