Nowell, Nowel, Noel – on their new release, Sing thee Nowell, New York Polyphony sing of and to the birth of Christ. They do so in a typically sophisticated programme which fuses the ancient with the modern into a seamless whole: seven centuries of Christmas passes before the listener, with new works composed for these performers by Michael McGlynn, Andrew Smith and John Scott alongside traditional medieval and Renaissance carols and motets by Clemens ‘non Papa’, Philippe Verdelot and Tomás Luis de Victoria.

The wide-ranging sequence is anchored by Richard Rodney Bennett’s Five Carols, in which the sopranos Sarah Brailey and Elizabeth Baber Weaver join the four members of New York Polyphony in celebrating ‘the joyful birth’ and in praising ‘Mary mild’. The wondrous events related to the Nativity and the joy they bring to mankind naturally dominate, but intimations of Christ’s death on the cross also surface in the course of the disc, as in Peter Warlock’s Bethlehem Down: ‘they will clothe him in grave-sheets, myrrh for embalming, and wood for a crown.’

Formed in 2006, New York Polyphony has rapidly emerged as one of the leading vocal chamber ensembles, applying a distinctly modern touch to repertoire that ranges from austere medieval melodies to cutting-edge contemporary compositions. Two previous recordings for BIS have received critical acclaim, including a Grammy nomination for the 2013 release Times go by Turns, interleaving masses by Byrd and Tallis with works from the 21st century.’ 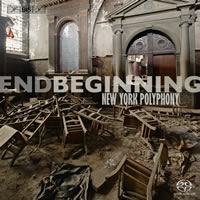 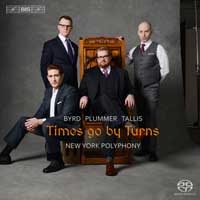 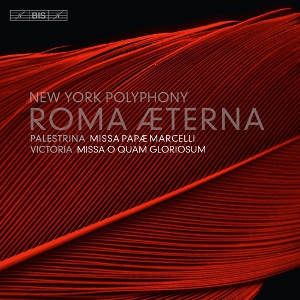