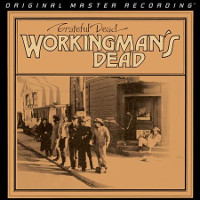 The first Grateful Dead album to eschew cosmic jams and complex signatures, Workingman’s Dead stakes its existence to great songs, homespun warmth, and bare essentials. Its wistful, relaxed state—immediately apparent via the innocent album-opening invitation “Will you come with me?” on “Uncle John’s Band”—owes to the circumstances and conditions surrounding its creation. At the time, the Dead owed a considerable financial debt to Warner Bros. and were hobbled by a recent drug bust and financial scandal. Most significantly, the band was recovering from—and reacting to—the tragic events of the Altamont Music Festival and symbolic end of the peace and love era.

As such, Workingman’s Dead acts as a retreat from chaos and uncertainty, its songs emblems of simpler times and pleas for compassion in the face of hardship. Lyricist Robert Hunter said he aimed to capture the vintage elements of late 1940s country-and-western jukebox singles as well as old blues classics. In that vein, fare such as the Bakersfield-leaning “Cumberland Blues,” pastoral ballad “Dire Wolf,” and bluesy “Easy Wind” hit the mark. Leader Jerry Garcia’s occasional pedal-steel underpinnings arrive as a bonus.

Of course, aside from the economical concision and thematic consistency, the genius of Workingman’s Dead resides in the group’s expressive harmonies. Taught by Crosby, Stills and Nash, the Dead produce live “air blends” of multi-part vocal harmonies that provide the foundations of nearly every track. “Uncle John’s Band,” “High Time,” “New Speedway Boogie” (with the iconic refrain “One way or another/This darkness has got to give” referencing the ill wind that greeted the new decade), and the radio favorite “Casey Jones” practically float on the ensemble’s communal vocal bed.

Workingman's Dead is not just a great album on its own merits, but a landmark in the evolution of American popular music. It blurred the boundaries of psychedelic rock, folk, country-western and bluegrass genres. The album's lyrical vision helped break down barriers that had separated regional music scenes.

An article in Guitar World magazine by Grateful Dead historian Blair Jackson quotes producer Bob Matthews on the working method that made the album so different from the band's earlier output:

"We went into the studio first and spent a couple of days rehearsing—performing—all the tunes, recording them onto two-track. When that was done, I sat down and spliced together the tunes… Before we even start, let’s have a concept of what the end product is going to feel like."

In "The Grateful Dead's Workingman's Dead" by Buzz Poole (Bloomsbury Group 2016), session engineer Ron Wickersham (credited as 'Alembic' in the liner notes) summarizes the mood of the band and the technical crew:

"Everyone knew it was important music, like classical music or serious folk music. Something was being expressed that only music could express."

The seriousness of the band's intention can't be overstated. After the expensive debacle of the Anthem of the Sun recording sessions and growing friction with Warner Bros. label executives, Jerry Garcia finally assumed responsibility for the creation of a body of new songs and fostering a disciplined atmosphere in which to record them.

Garcia and writing partner Robert Hunter roomed together in a house in Marin County, where they collaborated daily and diligently, in the time-tested routine of all great songwriting duos. Hunter pounded out lyrics that conveyed the breadth of American history and myth in economical verses and choruses. Garcia practiced pedal steel guitar, developing a new sound that synthesized Nashville tradition and San Francisco innovation.

A measure of the maturity of the new songs is that for the first time, the songwriters were looking outside the privileged culture of coastal Northern California. Hunter's lyrics are stained with the sweat of working-class struggle. Characters roam a desolate landscape of America's sundown industries, mining and railroads, doing backbreaking physical labor, trapped in lives lived paycheck to paycheck. It's a dark vision of a failed American Dream that confronts reality with an unblinking gaze and shares a common bond with the work of hard-living country artists like Merle Haggard and Johnny Cash.

In the studio, producer Matthews and engineer Wickersham employed a new Ampex 16-channel tape deck and high-quality microphones to capture the band in crystal-clear sound. (Wickersham was a member of the Ampex development team and co-founder of the Alembic guitar and PA system company.)

Crosby, Stills and Nash visited the sessions and coached Garcia, Bob Weir and Phil Lesh in the technique of two and three-part vocal harmony. Garcia double-tracked his vocals in some of the songs; on the SACD, you can hear the effect very clearly. The mix sets drummers Bill Kreutzman and Mickey Hart back, Garcia's lead vocals and guitar, Weir's rhythm guitar and Lesh's bass guitar forward. The drummers use cymbals sparingly on most of the songs, which further opens space for the vocals and guitars.

Compared to Warner/Rhino's 2004 HDCD, the Mobile Fidelity SACD is recommendable on the same grounds as any MoFi production: their modified Studer tape deck and proprietary signal chain preserve the analogue character of the source material without any loss of detail. The HDCD has very good sound quality, and contains bonus tracks that approximate a live performance of nearly the entire album, so both discs belong in every Deadhead's collection.

The Grateful Dead weren't the most interesting or prolific studio band, and the vast number of live recordings from their thirty-year run overshadows that limited studio output. With its visionary synthesis of home-grown American musical genres and memorable lyrics, Workingman's Dead is a testament to the living, and the Dead. 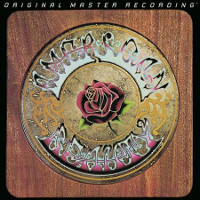 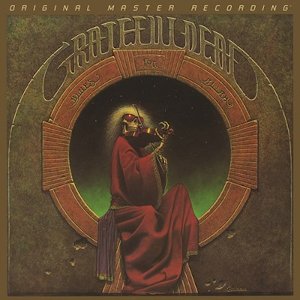 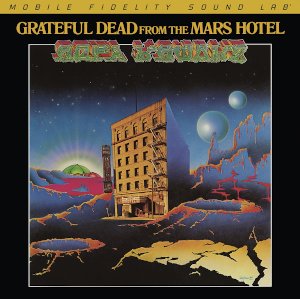