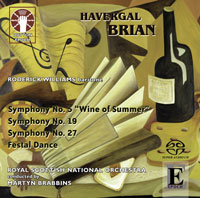 Havergal Brian wrote 32 symphonies kicking off his symphonic oeuvre with the gigantic “Gothic” symphony. That monstrosity aside, most of his symphonies are brief including the three that are in this recording. I’ve sampled his output over the years and have heard about two-thirds of his symphonies on RBCD’s. This SACD starts off with the 6 minute Festal Dance composed in 1908, a raucous orchestral romp that doesn’t have anything in it that is particularly memorable. The music is disjointed and episodic – a characteristic that pervades Brian’s symphonies.

The Symphony No.5, entitled “Wine of Summer” after a poem by Lord Alfred Douglas, features a baritone soloist throughout its single movement, 20-minute duration. What a horrid piece of music this is- there is nothing lovely, no melodies worth humming, just a droning, meandering baritone part that interweaves with the stolid, chromatic orchestration. One listen was more than enough for me! The baritone soloist, Roderick Williams, does a fine job with what he has to work with but, hey, its silk purse/sow’s ear material here.

There is ever so slight redemption in the remaining two symphonies (numbers 19 and 27) which at least aren’t horrid. But there is nothing here that makes me want to encounter this music again – either live or in recordings. If your palette includes meandering, episodic symphonies with no apparent plan or purpose, then perhaps you will appreciate these more than I did. After this exposure to his music, I am pretty unlikely to explore any more.

The performances seem fine but it’s hard to judge that properly when the music is so unlovable. The sound quality is decent without being the highest quality. The notes do not indicate what resolution was used during the session. I purchase a lot of Dutton discs (mostly RBCD’s) because of their wide-ranging repertoire and wish they would issue more SACD’s. This one, however, is a stinker. 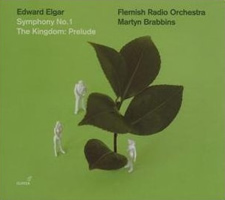 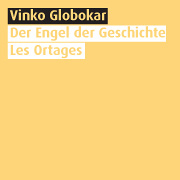 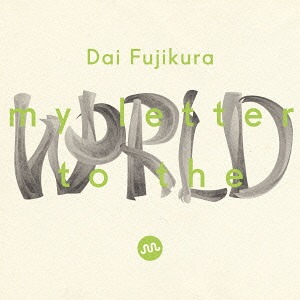 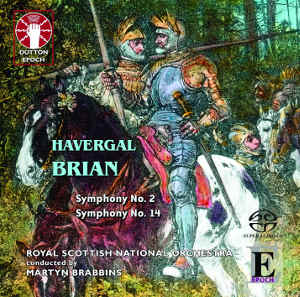