Frank Sinatra with Count Basie and the Orchestra: Sinatra at the Sands | hiredfox - Today 01:35 am 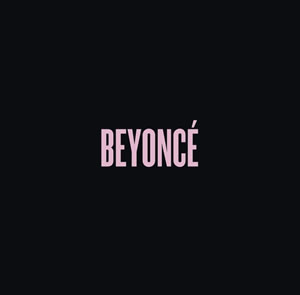 
The self-titled fifth solo studio album from Beyoncé is the artist’s first visual album. BEYONCÉ is infused with 14 new songs and 17 visually stunning, provocative videos shot around the world from Houston to New York City to Paris, and Sydney to Rio de Janeiro.

"I see music," says Beyoncé about her decision to create a visual album. "It’s more than just what I hear. When I’m connected to something, I immediately see a visual or a series of images that are tied to a feeling or an emotion, a memory from my childhood, thoughts about life, my dreams or my fantasies. And they’re all connected to the music."

The self-titled "Beyoncé" was a surprise release (shrouded in secrecy during production and unannounced with no prior marketing) as a DVD Visual album on December 13, 2013. It proceeded to sell over 800,000 copies in the first 3 days after it‘s release. The album was a smash hit for Beyoncé Knowles consisting of 14 tracks (16 including two-part songs) interweaving R&B, soul and hip-hop/rap with electronic music. Each of these songs is accompanied by a high production video that results in an album of short mini-feature films based on the lyrical content/themes in what can be termed a combination of sights and sounds.

In March, 2014 another edition of "Beyoncé" was released as a Blu-ray in 5.1 surround sound and 2.0 stereo with both in high resolution audio of 24Bit 48k. The 5.1 multi-channel mix engineer is the renown Elliot Scheiner and the album would go on to win the 2015 Grammy award as “Best Surround Album’. It should be noted there is no reference to the high resolution 5.1 surround on this Blu-ray release and Elliot Scheiner is uncredited as the mix engineer. This review is for the 5.1 multi-channel mix only and I did not use a subwoofer due to strong low pitch frequencies.

It did not take long to conclude that Elliot Scheiner's 5.1 mix is exceptional. The use of the front channels is superb with Beyoncé’s great vocals that are utilized in both the left and right but very subtly emitting from the centre channel……it is very well balanced. However, Scheiner’s mix can be characterized as conservative in the use of the rear channels as you hear some ambient and atmospheric sound effects or occasional background vocals or the occasional instrument. In consideration of the excellent production involved in all the songs on this album, one might expect a stronger and more immersive surround field. Only on the track “Mine” do you hear the effective and rhythmic pounding of drum programming emitting from rear channels that noticeably elevates this song.

Beyoncé’s songs are structured with an R&B flavour with the occasional hip-hop/rap intermingled into the fabric of the song. This is an album filled with X rated lyrics celebrating women’s pride and strength in flaunting their sexual nature. In the track “Drunk in Love”, Beyoncé lyrically expresses her married sexuality with openness in a duet with her husband Jay-Z who raps in his typical smooth flow style…..but it is Beyoncé with her great vocal range that remains steadfastly in the spotlight. Only does Beyoncé falter when a track like “Yoncé” is done as straight rap that tends to flatten the melody of the song.

The highlight for me was the mid-tempo song “XO”. I found the melody enthralling and a gorgeous piece of ear candy that sticks in your mind. There is a pulsating electronic foundation of instrumentation coupled with the strong, soulful performance by Beyoncé as she growls in a lower registered voice. All these throbbing grooves are framed around the universal theme of love and to cherish your love with others that hits home with the line ‘Baby love me lights out‘.

The mini-short films accompanying each song are very high quality productions. The most dazzling video is for the lead track of “Pretty Hurts” that is based on society’s standards for beauty and pressure on women to be underweight in order to achieve success. The video shows Beyoncé competing in a beauty contest and the key focal point is the close synchronization between the visuals and lyrics of this song......resulting in a well told story. There are a total of 16 separate videos (including two-part songs) accompanying the 14 tracks and these film clips are intriguing in melding messages/storylines with the music. For those who enjoy visual performances, some great music and superb audio quality add to the entertainment experience.

The album "Beyoncé" is a blast of contemporary pop music. There is 66 minutes of music with songs that are for the most part golden nuggets sprinkled with fabulous dance rhythms and, a few excellent pop ballads like the last track “Blue”. The 5.1 multi-channel mix, although somewhat reserved, has been impeccably created by Elliot Scheiner that captures the atmospheric sound of the recordings. To top it off, you have some classy visuals to add to your enjoyment. When you sum it up, there is a lot to recommend on "Beyoncé".

The super-sexy 'Blow' is the track that turned me on to Beyoncé's eponymous album and although modern R&B is genre I'd normally avoid, I'm so glad I bought this CD+BDV edition (on Ralph's recommendation) because - in addition to the slick video production - the album is simply superb with great tracks abounding.

Fwiw, there's a hidden track at the end of the credits in which Beyoncé's mantra seems to be, 'I'm a grown woman...and I can do whatever I want!', and I believe her! 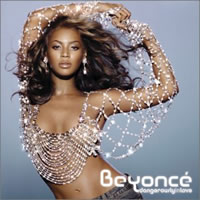