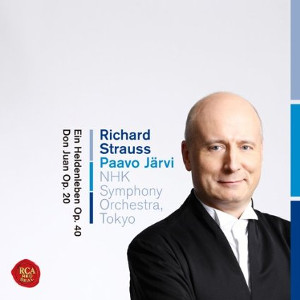 
A recording from February 2015 to celebrate Paavo Järvi taking up the helm of the NHK SO in September 2015.

This is the first of three planned discs of Richard Strauss with Paavo Järvi's new role as their chief conductor.

Although the clear majority of the booklet is in Japanese, Sony do include Järvi's note on the recording (in English). He notes that the NHK SO has a good reputation in German music, having previously appointed Wolfgang Sawallisch amongst others in the orchestras history. In this pairing of Don Juan & Ein Heldenleben, it is safe to say the recording bears witness to the NHK SO's musical heritage. Whilst they don't have as distinctive a tone as one might hear in Strauss: Ein Heldenleben - Böhm, Strauss: Ein Heldenleben - Karajan, Strauss: Ein Heldenleben, Metamorphosen - Luisi, Strauss: Orchestral music, Volume 2 - Kempe, Strauss: The Complete Analogue Recordings - Karajan or Strauss: Also sprach Zarathustra, Don Juan, Till Eulenspiegel - Karajan, one can honestly say that they fully live up to Järvi's claim. Indeed, so virile and voluptuous are the various episodes of Don Juan that one barely misses the glittering orchestral palette that Kempe or Karajan conjured so beguilingly.

The Heldenleben is, if anything, even more special. The opening 'call to arms' majestically sweeps all before and, although the critics are perhaps not the most shrill or acerbic on record, they are far from those generally found from under Karajan (where they were apparently being held hostage by the composer, so meek were their critiques). What is perhaps most enjoyable is the Pauline of Fuminori Shinozaki who, together with Järvi, has clearly decided not to smooth off any rough edges. This leads to moments of purposefully rough intonation and timbre that are deliberately intended to set ones aural nerves on edge, which make the apparently superficial filigree at times deliciously ironic. Not everyone will react the same way but to these ears this shows Järvi and his concertmaster to have a keen sense of musical humour. Rest assured that where the violin line is more attuned with the musical arguments of the orchestra, Fuminori Shinozaki shows a finely spun & responsive line.

The battle is summoned by trumpets that really are off-stage, so much so that their contribution is very finely balanced above the remaining textures. The battle section itself is very well marshalled, with conductor and players alike relishing all the myriad of details and rarely are given a recording that allows almost every single one to naturally to "speak" (hat's off to Järvi for the careful preparation & the NHK SO for their devotion); there is a slight blip from a trumpet towards the end of this material which may put some off but please don't let it. In the review of the hero's past works, everything is as good as one could wish for: sensible tempo choices that allow the excerpts from Strauss' earlier compositions to naturally come and go, nigh-on perfect balances and wonderful musicianship from everyone. There is a noble restraint to the concluding section which doesn't quite erase memories of Karajan, Haitink or Kempe but is not far off doing so; perhaps only a little uncertainty in the amount of vibrato desired for the final solo violin contribution could have been looked at after the concerts but it is an expressive choice not an imperfection. Some may not choose to adapt their conceptions to this portrait but this account is one of the best - of any medium - and certainly one of the most recommendable of the modern era.

The sound itself is marvellous; the level of detail and the richness of the orchestral palette is vividly portrayed. Although this disc is the result of edited concert performances, the audience is wonderfully silent throughout. There are so many nuances of balance and of textural filigree that are seldom heard, even in concert, that one must praise the engineering team (as well as all the musicians) greatly. The only misgiving is that the end of Ein Heldenleben is not given enough breathing space before the disc concludes. All the texts are in Japanese but the note from Paavo Järvi is translated and gives an account of what he tried to achieve on the podium; he succeeded beyond the ambitions he sets himself!

One can only conclude that Järvi is a natural Strauss conductor and that we should hope to hear & see far more than this planned 3-disc mini-cycle can deliver; recommended.

John, thanks for the review.

Heldenleben is one of my favourite works so there are plenty of versions in our collection but your review suggests compelling reasons for yet another addition. Right now importing new Sony releases from Japan is financially prohibitive unless there is another source? From where was your review copy sourced?

My own bank balance on this occasion! And, yes, importing from Japan is very expensive but I treat myself from time to time and this was one of those times...

Apparently Mr. Broggio really likes the critics to be quite acerbic and shrill ! ?

I think I said this somewhere else, those of us accustomed to the somewhat ho hum performances from the Jarvi of Cinncinatti will be most pleasantly surprised by what might be considered a renaissance in his musicianship over the last couple (or few) years. My wife and I heard him conduct an amazing performance of Prokofiev's 5th symphony in Verbier last summer. It really swept me away! We also heard him in Tanglewood in Ozawa Hall - far superior acoustics to the shed there - conductiong Brahms with the Kammerphilharmonie Bremen. The entire concert was just amazing!

Well, I prefer that than the softening of their barbs that some conductors seem to think necessary! 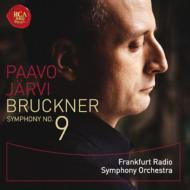 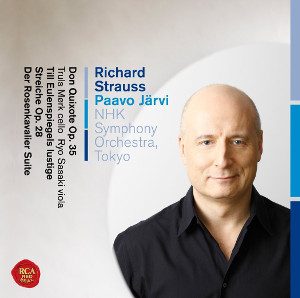 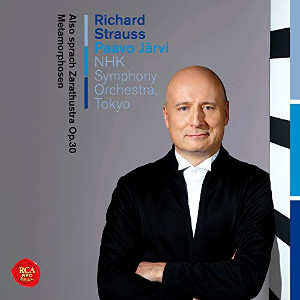