Frank Sinatra with Count Basie and the Orchestra: Sinatra at the Sands | Paul Hannah - Today 12:37 am 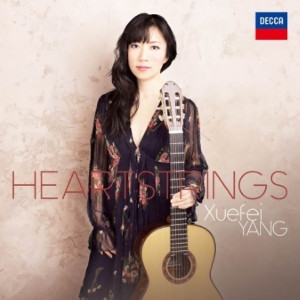 
For this recording, Xuefei chose repertoire that was close to her own heart, hence the title. Click for the full track-listing.