The Last Concert - Claudio Abbado and the Berliner Philharmoniker 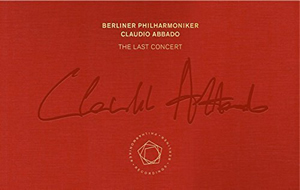 (also includes the documentary "Abbado in Berlin - The First Year")


Claudio Abbado (1933–2014) was one of the outstanding personalities in the history of the Berliner Philharmoniker. In May 2013, their unique partnership ended with Abbado’s last concert with the orchestra. The programme included two of the most important works of musical Romanticism: Hector Berlioz’s visionary Symphonie fantastique and Felix Mendelssohn’s magical, shimmering music for A Midsummer Night’s Dream. To mark the second anniversary of Claudio Abbado’s death on 20 January 2016, audio and video recordings of this memorable evening have been released in a hardcover luxury edition. With comprehensive articles, bonus videos and previously unpublished photographs, it documents Abbado’s work with the orchestra whose chief conductor he was from 1990 to 2002.

The recordings impressively convey the special atmosphere of the evening: the great affection the orchestra and the audience had for Claudio Abbado – and of course the enthusiasm for the musical performances. Renowned not least for his clever concert programming, Abbado combined two works here that deal with the theme of dreams in music in very different ways: Mendelssohn’s A Midsummer Night’s Dream conveys the multifaceted magical atmosphere of Shakespeare’s original, while Berlioz uses modern means to tell his delirious tale of fateful love and drug-induced hallucinations. Abbado’s performance brings out the full splendour of these scores. It is – as the Frankfurter Allgemeine Zeitung wrote – a “wonder, the freedom and youthful-like spirit with which the soon to be octogenarian expends himself, which he radiates and which he presents to his audience from the conductor’s stand.”

The edition contains the recordings on CD and in high resolution audio on a Blu-ray disc which also features a video of the concert. The bonus material includes a historical documentary about Abbado’s first year as chief conductor of the Berliner Philharmoniker. In addition, the concert is now available in a new, lower-priced version on 2 CDs/SACDs which can be played on any CD or SACD player. For vinyl fans, the recordings are also being released in a limited collector’s edition on 3 LPs. Both editions include a hardcover booklet with many illustrations and extensive accompanying texts.

As with all such mementos of this kind, there are moments of joy and others that are tinged with sadness of what might have been.

The first part of the programme gives us extensive highlights from Mendelssohn's music to A Midsummer Night's Dream: the Overture and numbers 1 (Scherzo), 3 ("You spotted snakes with double tongue"), 5 (Intermezzo), 7 (Notturno), 9 (Wedding March) and 13 (Finale), which leaves out about 10 minutes material of the 50 minutes composed. Both the currently complete renditions (Mendelssohn: A Midsummer Night’s Dream - Thomas Dausgaard which is definitely far more enjoyable than Mendelssohn: Midsummer Night's Dream - Kristjan Järvi) are sung in German, rather than the English version given here. By the side of Dausgaard, Abbado is more relaxed in the overture and Finale (largely due to relaxing more in the closing pages of each item) but also in the Intermezzo and Notturno. He is also somewhat more relaxed than the similar selection he made at one of the Berliner's New Years Eve concerts (Mendelssohn: Ein Sommernachtstraum, Symphony No. 4 - Abbado) but the approach now is even more delicate orchestrally, helped by a much more sympathetic recording.

As with much music he conducted of this era, Abbado is content to let the inner tension of the music be enough - there is little of the stretched dynamic contrasts favoured by HIP devotees on display here. Because of this, there is little in the way of gruffness that can result from the HIP approach and so the music bathes in the golden sunshine of the Berliner's tone. It is impossible to overstate quite how delicate the playing in the quiet passages of the faster passages is in Abbado's hands; just magical. Compared to Angela Kirchschlager in Abbado's earlier Berlin recording, Stella Doufexis is somewhat harder in tone with some unflatteringly wide vibrato on occasion in "You spotted snakes...", although her and Deborah York's phrasing sits more easily with the accompaniment than Dausgaard's protagonists Camilla Tilling and Magdalena Risberg which is, because of singing German text, rather more stolid.

After a sublime Nocturne, the (in)famous Wedding March gets a greater weight than offered from Dausgaard because of the vastly greater orchestral forces on display. However, in Dausgaard's favour, Dausgaard (rightly) divides the violins left & right of the podium so better revealing the sonic playfulness of Mendelssohn's score; Abbado adopts his usual "violins left, violas right" seating plan. The Damen des Chors des Bayerischen Rundfunks are wonderful in their two numbers, particularly the Finale with Deborah York, where the sense of transparency is almost unbelievable from all concerned.

The second part of the programme is Berlioz's Symphonie Fantastique and is up against very stiff competition on hi-res media, not least from Berlioz: Symphonie Fantastique - Davis and Berlioz: Symphonie Fantastique - Ticciati. Not one recording could be "perfect" but I find both Davis and Ticciati compelling in their different ways & scales. Davis has more "heft" from the larger forces and gives us the delightful embellishments to the coda of "Un bal" whereas Ticciati's use of smaller forces allows for more detail to be heard and, unlike Abbado or Davis, divides his violins left & right of the podium to frequently thrilling effect.

As with the Mendelssohn, Abbado steadfastly refuses to heighten the dynamic contrasts most noticeably in the first two movements. This is in direct contrast to the approach of Davis and has the unfortunate consequence of (mildly) dampening the emotional range of this extraordinary music. In the first movement, Abbado asks for much of the change in mood to be reflected mainly in a change of tone; had this been combined with a more "conventionally extreme" approach to the dynamics, this could have been enormously thrilling but as it is, it is perhaps more "Reveries" than "Passions". A neatly turned out "Un bal" eschews the cornet embellishments to the coda and the choice of placing the violins together means that this music sounds far more conventional than it is on the page or in Ticciati's recording.

In "Scene aux champs" though, the musical intensity suddenly is transported to another level. The plaintive off-stage oboe is wonderfully evocative and this seems to snap the Berliner's into their more expressive style of playing for their former chief conductor most often heard to wonderful effect in Mahler. It's first noticeable in the astonishingly quiet tremolando that the violas deploy at the opening and makes one wish that a similar level of intensity could have been found from the top of the score. Once woken from their (relative) slumber, the Berliner's play as if possessed making both "Marche au supplice" and the Finale enormously exciting. However good the last three movements are, the account as a whole doesn't completely convince and this won't supplant either Davis or Ticciati from my player.

The sound is arguably the best that has ever been given to Abbado in the Philharmonie; there is a great deal of perspective and the off-stage oboe and (mammoth) church bells are portrayed with an appropriate sense of mystery. There is also a wonderful amount of detail to be heard that many recordings (concert or studio conditions) from this provenance have failed to capture. Lastly, to turn to the video offered, this is the customary "clean" Digital Concert Hall style of filming. As "bonuses", there is a 15-20 minute reminiscence from past & present members of the orchestra about Abbado's time with the orchestra, with a mixture of musical and personal anecdotes. We are also given the film "Claudio Abbado in Berlin - The First Year" which is an interesting historical document given all the seismic shifts happening around the time of his appointment.

Neither account is perhaps first choice but this set paints a vivid account of Abbado's art with one of the great orchestras of our era.

re AMND: I note that Gardiner is currently performing this music to rave reviews with the LSO - hopefully a release will not be long behind! 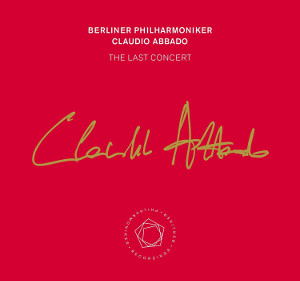