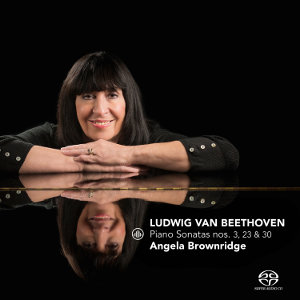 
The three piano sonatas held such significance for Beethoven that in 1795 he gave them his second opus number. He wrote them shortly after relocating to Vienna, dedicating them to his role model Joseph Haydn, who had also taught him for a short while. Even these early sonatas leave no doubt that Beethoven intended to take the genre into more elevated realms and to greater significance. Beethoven increasingly pursued his vision of a new pianistic sphere with novel soundscapes – leaving his predecessors Haydn and Mozart far behind. He would often break the mould, creating pure drama according to his motto “All true art represents moral progress”. His contemporaries already recognized the passionate character of Beethoven’s Piano Sonata in F minor, Op. 57 (1805). Beethoven’s late piano sonatas in particular are surrounded by a singular aura: as far as their construction and expressivity are concerned, they are mystical and also bold. However, he never forgot tradition, as becomes clear in his Piano Sonata in E major, Op. 109. It is the first of the final three great sonatas. Written in 1820, in the same year Beethoven noted in his conversation booklet: “True art is idiosyncratic [...], it cannot be forced into flattering forms.” The E major Sonata is a fine example of this aspiration. Here, Beethoven presents and stages the unexpected.