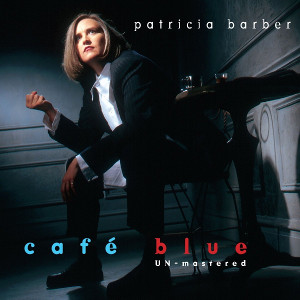 
Premonition Records announces the release of Patricia barber's audiophile classic, Cafe blue on Hybrid SACD (Dual Layer-SACD/CD) and un-mastered. For the first time, listeners will be able to hear the mixes as they were done in the studio and not in the mastered -for-release form of all prior releases. This is the closest audio fans will get to the studio mixes - Capitol Studios remix from 2011 - and it is a remarkable experience.

Gus Skinas, of the Super Audio Center, has this to say about the SACD: "On this cafe blue, un-mastered and in DSD, you feel the character of Capitol's custom Neve board and you hear all the detail and feel the space of those famous analog reverb chambers." For Mike Friedman, President of Premonition Records, the question of whether or not to release cafe blue un-mastered was a conundrum. "Every mastering engineer we've ever used on this recording did brilliant work. But I've always been aware of the quality of Jim Anderson's studio mixes. In the end, I thought it worthwhile to let fans of this recording hear what I heard. I think it will only serve to broaden their appreciation of Jim, Patricia, and the great musicians heard on cafe blue."

"Unlike any other version thus far released. You feel the character of Capitol's vinage Neve console and you hear all the detail and feel the space of those famous analog reverb chambers." - Gus Skinas, Super Audio Center

An audiophile jazz classic by singer, composer and pianist Patricia Barber reappears on SACD in a new and significantly improved mix.

Café Blue Un-Mastered is the first SACD (and CD) release derived from Jim Anderson's 2011 remix of the original multi-track studio recordings. The remix was done at Capitol Studios in Hollywood, in the analogue domain. On the release of the 2011 remix as a two-LP vinyl set, Premonition Records provided this information:

"Cafe Blue was recorded at Chicago Recording Company in early 1994 by recording engineer Jim Anderson. Recorded in 16/48 kHz on a 32-track Otari machine, the original multitracks were then transferred and remixed [by Anderson] in 2011 at Capitol Studios in Hollywood, California. The idea was to reimagine the album… at one of the legendary recording facilities of the golden era of jazz recording, the late 1950s. Utilizing Studio B's remarkably warm Neve 808 console, which was actually the first Neve console in the U.S., and Capitol's EMT plate reverbs and live chambers, Anderson delivered a stunning reinterpretation that has become the standard version of this recording."

The decision to run standard-resolution digital audio signals through vintage analogue equipment was well-judged: the resulting SACD (I have not heard the LP set) sounds dramatically different, and to my ears, vastly better than the original CD release and subsequent HDCD remasters (First Impression Music, 1997 and Premonition, 2010).

For purposes of this review, I listened to the Premonition SACD alongside my previous reference, First Impression Music's HDCD, which was mastered at Rocket Lab in San Francisco, California in 1997 by Winston Ma and Paul Stubblebine under the supervision of label executive Michael Friedman.

To begin with, special credit should be acknowledged to Jim Anderson; even if Anderson retained detailed notes about the takes, balances and EQ employed in creating the 1994 stereo master from the 32-track studio recordings, it must have been a daunting task to remix the entire album. The press information from Premonition does not reveal whether the artist herself was present during the remix sessions. A perfectionist (not uncommon for jazz artists) who takes pains to ensure the high audio quality of her recordings (very uncommon), Patricia Barber should be pleased that one of her earlier—and more experimental—works has undergone a much-needed aesthetic revision.

That revision hinges on the use of an analogue board and two kinds of analogue reverb, EMT plate and live chamber, to create a room ambiance for the band and add reverb selectively to the instruments and vocals. What was so damaging to the original mix was the overuse of digital reverb. Vocals, guitar, percussion; the whole presentation was drowned in a synthetic-sounding wash. Whatever the intention for the use of that particular effect in 1994 (perhaps to emulate the cathedral-like ECM 'house sound') it was not used to that degree in the mixing of Barber's subsequent Premonition albums.

The 2011 mix is far more transparent than the 1994 mix. Judicious use of analogue reverb, slight changes to the balance between vocals and percussion, the beneficial effect of running a 16-bit digitally-recorded grand piano through a warm analogue board, all contribute to an enhanced listening experience. Having heard Patricia Barber many times live, I can testify to the SACD's greater realism in presenting the details of her vocal delivery and the nuances of her piano playing. It is immediately apparent from her first vocal entrance in "What a Shame" that the remix is artistically justified. The drop in her voice on the word "today", the hesitant, behind-the-beat phrasing, have more impact in transmitting the lyrics' self-deprecatory and romance-weary tone. The hand percussion strikes and cymbal accents have greater immediacy and clarity, out from under the reverb veil. Very high-quality microphones were used in the original recording sessions and their sonic qualities are more apparent on the SACD than the HDCD.

Virtuoso double-bassist Michael Arnopol was a fellow conservatory student and long-time musical partner of Patricia Barber. He performed on all of her Premonition Records releases from Café Blue to The Cole Porter Mix and toured with her for the better part of two decades. Arnopol has not been widely recorded outside the context of her projects; his base, like Barber's, is Chicago. His work on Café Blue, as on all of her records, is sterling; he anchors Barber's rhythmically idiosyncratic piano with propulsive, grounded lines. Arnopol's deep bass tone has always been well-recorded by Jim Anderson—listen to the unaccompanied bass solo at the opening of "Use Me" on Companion—and the remix of Café Blue is no exception. On the remixed versions of "Ode to Billie Joe" and "A Taste of Honey", the instrument has a more authentic bass sound than the FIM HDCD. The dearth of recordings of this gifted instrumentalist make the new SACD even more valuable as a musical document.

Guitarist John McLean was featured on Café Blue, Modern Cool and Companion. He plays with a fluid electric guitar tone that relies on volume pedal and chorus effect. The additional digital reverb on the 1994 mix veiled the tone that McLean was producing through his effects board and guitar amp. Stripped of that artificial layer of haze, his tone reemerges with greater clarity and punch. "A Taste of Honey" highlights McLean's subtle acoustic guitar work. Like Michael Arnopol, McLean has not been very widely recorded, though he performs and tours regularly. His contribution to Café Blue is not insignificant. Patricia Barber has continued to employ guitarists on nearly all of her albums and projects since parting company with McClean.

Patricia Barber's piano style has been described as 'eclectic' (NY Times) and showing the 'influence of Keith Jarrett'—an allusion to her verbal tics (DownBeat). Over time, Barber has developed a highly personal approach to soloing; she doesn't so much solo over the changes as deconstruct and recompose. The performance of "Nardis" on Café Blue moves from a simple statement of the melody sung wordlessly in unison with the keyboard, through a set of mood changes in rising dynamics, and signaled by dense block chords over the entrance of the bass and drums, climaxes with furious descending scales over a pounding left hand—a virtuoso display of technique by this often reticent performer.

I confess to being a long-time Patricia Barber fan. The unique quality that she brings to performance was not fully apparent until I had a chance to watch her in the intimate setting of a nightclub, her natural environment (she continues to perform regularly at The Green Mill, her home base in Chicago). The ironic, self-distancing tone that characterizes her vocal delivery, of which the songs "What a Shame" and "Too Rich for My Blood" on Café Blue, and "Touch of Trash" on Modern Cool, are especially emblematic, tends to fall away in live performance as she loses herself in the moment of musical creation.

Barber's unconventional lyric style—a poetic voice that draws inspiration from a range of sources, Cole Porter to e.e. Cummings—keeps Café Blue sounding vital and artistically relevant more than 20 years after its recording. As she strives to balance the call of the muse against the demands of the marketplace, she continues to challenge herself and her audience with new original compositions and radically reconsidered jazz and pop standards.

The subtitle of this new issue—Un-mastered—reflects engineer Gus Skinas' intention not to alter Jim Anderson's 2011 mix with added signal processing (other than conversion to DSD). The playback level is as low (not 'normalized' or boosted) as many classical SACDs.

To enjoy the full dynamic range of the recording, just turn it up!

This is simply the best sounding SACD in my collection. Whatever Gus Skinas did to un-master this I wish he would do the same for a whole pile of titles.

Just been playing the ‘new’ Patricia Barber Café Blue Unmastered SACD and comparing it to the Mofi SACD and my one disc vinyl (Premonition 737) 180 gram LP. Unfortunately this LP does not have my favourite cut from the SACDs, track 2, the jazz/prog Mourning Grace, so I can only compare the two SACDs, and this is the basis of this post.

Well, what a choice! I have always loved this album since I bought it on FIM HDCD Prem 737-2 many years ago and not played since I forked out silly money for the Mofi SACD. The Mofi I always thought (and still do) is a wonderful hifi dem of what is possible on any system - oodles of hifi magic, reverb and imaging to die for: a great disc.

This ‘new’ rendition, possibly a sort of SHM style ‘from the original master tape’ edition is even more gorgeous: less hifi, less of the rather synthetic reverb and much more musical. The pace is less urgent, the musicians each have their own space and the music just flows as it should (I was fortunate to catch PB at Ronnie Scott’s a few years ago).

The other track I listened to tonight was Miles’ ‘Nardis’ - all nine minutes worth and the same observations apply. For under twenty quid it’s well worthwhile as an alternative to the Mofi legend and maybe the definitive edition (although I don’t have the multi disc vinyls to compare). 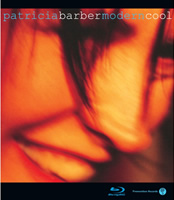