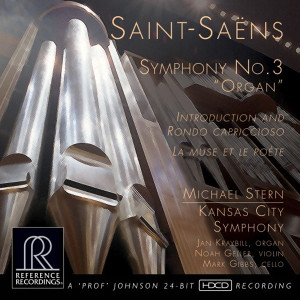 Conductor Michael Stern's interpretations of these great works were captured by the team of GRAMMY® award- winners Keith O. Johnson (engineer, surround mastering) and David Frost (producer). Others on the team include Sean Martin (engineer) and Graeme Brown (SACD authoring).

The Kansas City Symphony has released four previous titles with Reference Recordings to great acclaim. Two additional projects have been recorded, including music of contemporary American composer Adam Schoenberg (release planned for September 2016), and music of Gustav Holst: The Planets; Ballet Music from The Perfect Fool. The Symphony has been led by Music Director Michael Stern since 2005. Under his leadership it has experienced impressive artistic growth, garnering new national and international acclaim.

For 40 years, Reference Recordings has been one of the most innovative and respected independent labels in the music business. Reference Recordings releases have been highly praised for their dedication to high quality sound in the service of great music. Founder Tam Henderson (1998 GRAMMY® nominee for Producer of the Year), was joined in 1978 by engineer Keith O. Johnson. Some 140 projects later, RR is still recording what many consider to be the finest-sounding classical, jazz and blues discs in the world.

The relationship between the Kansas City Symphony Orchestra and Reference Recordings has, over the past few years, yielded some outstanding recordings. Not surprisingly in view of the label's audiophile credentials much, but not all, of the repertoire the orchestra has committed to disc has been of 'demonstration' worthy material. Reference Recordings is one of the few companies to use HDCD encoding, a system that is compatible with CD, so many will be delighted that this release which appeared last year in the CD/HDCD format now comes as a spectacular hybrid 5.1 multi-channel SACD.

The two hors'd'oeuvres that precede the Symphony are well chosen. The popular 'Introduction and Rondo capriccioso for Violin and Orchestra' is performed by the orchestra's concertmaster Noah Geller who gives a polished and attractively nuanced reading aided by Stern's crisp accompaniment. This is followed by 'La muse et le poète', Op 132 a late work that has been recorded quite often but is rarely heard in the concert hall. Here Geller is joined by the Kansas City Symphony's principal cello Mark Gibbs for what Saint-Saëns referred to as “a conversation between the two instruments instead of a debate between two virtuosos.” This lyrical and somewhat nostalgic piece is typical of the composer's fastidious and fluent compositional style and Geller and Gibbs do it full justice.

Such is the quality of Michael Stern's account of the Saint-Saëns Symphony No 3 that he need not fear comparisons with the formidable competition already available on disc. He paces the work rather steadily at first but with absolute assurance and a pleasing attention to detail. As I have noted before Stern is a conductor who favours core musical values rather than striving for over-heated sensationalism, and though for some the 'Allegro moderato' of the first movement may initially seem too restrained it quickly gathers momentum and grows in excitement. With the entry of the soft organ chords in the 'Adagio' that follows, the glory of this recording is fully revealed. The Kansas City Symphony strings sound wonderfully luscious while Jan Kraybill's playing of the magnificent Casavant Frères organ in the Kauffman Center for the Performing Arts is impressively weighty, bringing the spacious acoustic fully alive. The second movement sparkles thanks both to the incisive orchestral playing and Stern's driving tempo, while in the central 'Presto' the two pianos are clearly audible but not spotlit. As one might expect the 'Maestoso' organ entry in the finale sounds suitably aweinspiring, but Stern ensures that the orchestra (stunning brass, cymbals and timpani) are never overwhelmed. The Symphony's final pages are as thrilling as any that I have heard on record.

The dynamic range of the recording is wide; making the orchestra sound slightly distanced at the start and tempting one to raise the volume control a tad. However, even if this is done, the huge climaxes are reproduced without any sense of strain. The remarkable realism of the production from the vastly experienced David Frost (producer) and Keith O. Johnson (recording engineer) makes this a formidable release, and though I would not wish to be without the legendary 1959 version by Charles Munch and the Boston Symphony Orchestra Saint-Saëns: Symphony No. 3 / Debussy: La Mer - Zamkochian / Munch the sonics here are altogether in a different class.

Just received mine but it is a red book CD. Seems RR are silly enough to have a double inventory. Be careful when ordering.

The sound 5.1 is not good at all.
The orchester and solist seems very far in the acoustic of an immense railway station.
The bass on LFE Channel is much too loud and ugly.
I am a great fan of Reference Recordings. This one is the worst. 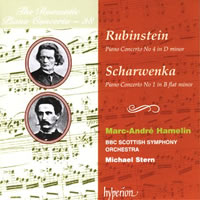 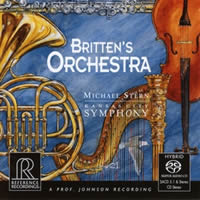 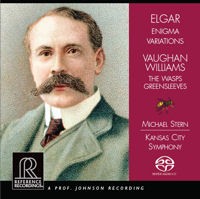 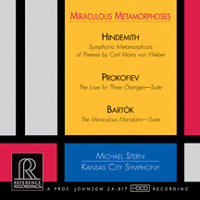