I was right in my guess: Tower Records is going to release the 3rd volume of Jochum's Bruckner cycle. Also included: Te Deum and 150. Psalm. - The 7th symphony and 150. psalm ... 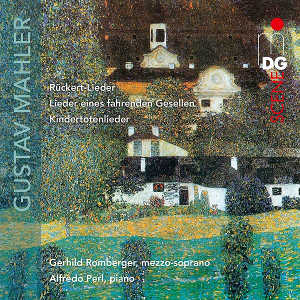 
Romantic Emotion
Unquenchable yearning, heartrending grief, ardent desire – in Gustav Mahler’s songs the romantic emotional world doubtless rises to magnificent heights. His virtuosically instrumented orchestral scores constantly call the listener’s attention to the refined tonal sophistication of the fin de siècle. And our new recording of the piano versions with Gerhild Romberger and Alfredo Perl comes with its own special plus: we now again have the opportunity to relive a whole epoch and its rich emotional extremes.

Feverish Suspense
The piano versions represent much more than a preliminary stage on the way to a “final product” or even a répétiteur’s score. Often composed independently of the orchestral versions, they uncover respectful relations to models such as Schubert’s Winterreise; just listen to the tormented tone of the four Lieder eines fahrenden Gesellen! Romberger and Perl hold their audiences in feverish suspense from apparent mirth (“Ging heut morgen übers Feld”) through the alternation of fondest memories and unrequited love (“Wenn mein Schatz Hochzeit macht”) to the greatest despair (“Ich hab ein glühend Messer in meiner Brust”).

Mournful Loss
The Kindertotenlieder are moving in a very special way. Mahler selected five songs from Friedrich Rückert’s total of 428 poems penned in response to the death of two of his children, and both the text and the music go straight to the heart. The cycle’s reconciliatory conclusion reappears in Mahler’s third symphony: “Was mir die Liebe erzählt.” Perhaps Mahler looked forward to a reunion in the afterlife: his daughter Maria-Anna died just after the completion of the composition…

Heartfelt Intimacy
Five songs grouped together today as the RückertLieder round off the program. They include a very personal “Liebst du um Schönheit” dedicated by the composer to his wife Alma following their marriage. Significantly, Mahler did not orchestrate this song. Romberg and Perl’s interpretation of these very personal songs conveys special intimacy and authenticity thanks to the finely tuned Steinway Grand Piano “Manfred Bürki” (1901) - a precisely balanced SACD recording. 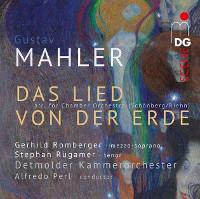