The Alan Parsons Project: Tales Of Mystery and Imagination 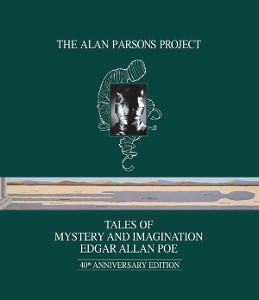 
A landmark release in prog rock history, The Alan Parsons Project’s debut album, Tales Of Mystery And Imagination, remains not only one of the most ambitious releases from prog’s mid-70s golden age, but also one of the finest examples of a musician putting literature to music.

Released in 1976, Tales Of Mystery And Imagination saw Alan Parsons and long-time collaborator Eric Woolfson bring to life some of the most enduring works by pioneering gothic poet and short-story writer Edgar Allan Poe. Working with a host of musicians, among them legendary God Of Hellfire, Arthur Brown, Hollies singer and guitarist Terry Sylvester, the bands Ambrosia and Pilot, plus keyboardist Francis Monkman (of cult 70s outfit Curved Air), they also managed to snag narration by legendary actor, director, writer and producer Orson Welles – a man with no little experience in bringing works of literature to life in the studio.

“The Tales album is my favourite,” Alan Parsons says today. “Always has been, always will be. It broke new territory all round.”

I bought this for the original stereo mix and because it‘s a lot cheaper than the oop MoFi Gold CD. No surround sound here, so I can‘t judge the 5.1 mix. Sound quality of the original 2.0 mix from 1976 is excellent.

Once you get to play the music, that is... First, you got to wait for a 10s Universal clip to finish. After that, you have to wait for a slideshow to play until finally the menu pops up and you can make your selection. My system has no monitor, so I had to take this over to the TV first and write myself a manual on how to get to the 2.0 mix: Wait, wait again, 3x down, enter.

I have a good number of BR-As and I generally like the format. However, this disc has the most annoying menu I have encountered so far.

I’m decidedly too old to jump through this type corporation hoops, so I just added the MoFi CD back to my want list. 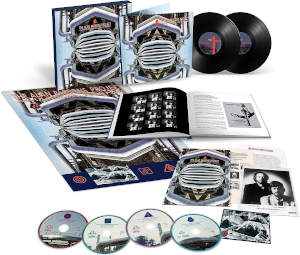