The theme of Paganini’s 24th Caprice for solo violin has tempted a number of composers to elaborate on it – from Liszt to Lutosławski and Andrew Lloyd Webber. In 1863, Johannes Brahms was one of the first to take on the challenge, with his virtuosic Paganini Variations. Playing the set has famously been described as requiring ‘fingers of steel, a heart of burning lava and the courage of a lion’ and possibly the demands that they place on the performer is the main reason why Brahms organized his 28 variations into two books of 14 each.

For the fourth instalment in his series of Brahms’s piano music, Jonathan Plowright has chosen to place the two books at either end of the programme. Between them we are presented with works spanning almost 40 years of Brahms’s life. Of the four Ballades from 1854, it is only for the first, the so-called ‘Edward’ Ballade, that a model in literature is known – a Scottish ballad about the murder of a father. The set has nevertheless been compared to the slow movements in Brahms’s three piano sonatas, composed around the same time, and all with literary references. 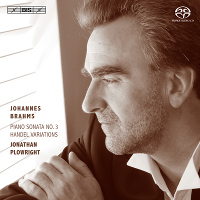 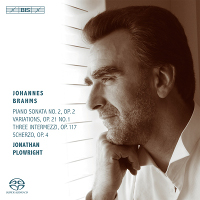 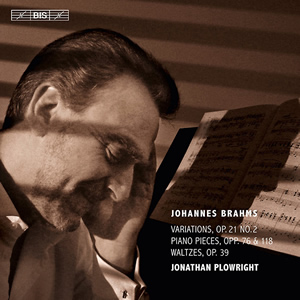