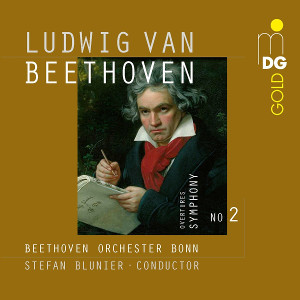 
Historical Significance
Beethoven’s Second Symphony is not exactly one of the symphonic repertoire’s greatest hits. However, as the latest release from the compositional Titan’s hometown demonstrates, it certainly has the stuff of greatness. It was here that Beethoven first prescribed a “Scherzo” in the movement slot traditionally occupied by the minuet, which automatically lends this work historical significance. The orchestra’s principal conductor Stefan Blunier inserts the symphony in a new context formed by carefully selected orchestral overtures in a program holding in store many a musical surprise.

Special Occasion
While most of the overtures penned by Beethoven can be assigned to a stage work, the Name Day Overture is a genuine all-rounder. It first inherited this title after the composer’s death; according to the autograph Beethoven wrote the “Ouvertüre zu jeder Gelegenheit” (Overture for Every Occasion) on the Emperor’s name day. And it is quite apparent that he was inspired by the hymnic quality of this special feast day.

Tragic Conflict
Joseph von Collin’s tragedy Coriolan was absolutely made for a Beethovian composition. In his music Beethoven expresses the conflict between the heroic steadfastness of a tribune who has fallen into disgrace and the tenderly beckoning affection of two female characters with two most highly contrasting themes. In the end the female side prevails – but is there a happy ending?

Fiery Performance
Dramatic conflicts also figure significantly in Egmont, The Creatures of Prometheus, and The Ruins of Athens. It was Prometheus who gave fire to humankind, and Beethoven’s setting of this epochal event makes for an extraordinary listening experience. The fire crackles and the flames glow on this three-dimensional recording by the Beethoven Orchestra of Bonn in the very best SACD quality – all in a performance that would have brought joy to Beethoven himself! 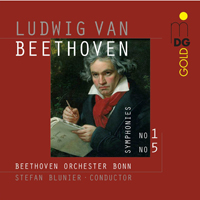 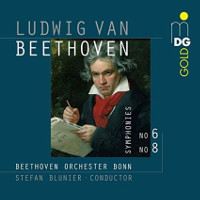 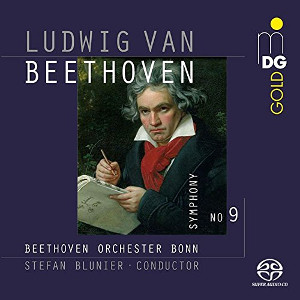 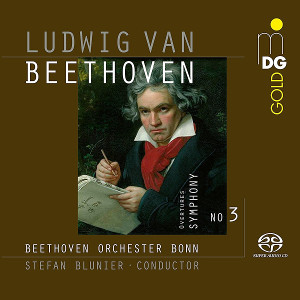 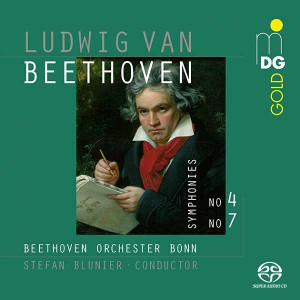