Can anyone confirm that this is indeed a physical SACD? There is no logo and Amazon says CD (as usual) but before ordering I'd like to be sure.

Trying to clear up some confusion. Jenny Camilleri writing for Opera Today, attended the live performance. She writes in her review "... the number of instruments in the brass ... 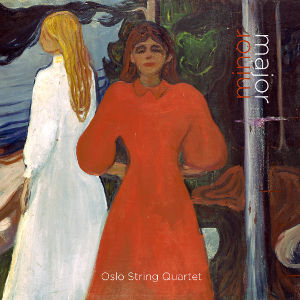 
The present recording features both one of the longest and one of the shortest quartets in the string quartet repertoire. There is no denying that Schubert´s last string quartet is great in every sense of the word, but Beethoven´s “Quartetto Serioso”, although minor in size, is by no means dwarfed by it when it comes to sheer artistic quality; both quartets are indeed major works and a staple on the diet of any string quartet of merit. Even so, the concept of minor and major immediately springs to mind when contemplating putting these two completely different masterpieces on the same album. Duration apart, there is the obvious question of tonality: one work in F minor, the other in G major, which is simple enough and by itself justifies the album title. But things get more complicated the moment we subject the two works to a closer scrutiny.

Immersive Audio is a sonic sculpture that you can literally move around and relate to spatially; surrounded by music you can move about in the aural space and choose angles, vantage points and positions. Dolby Atmos and the Auro-3D on this Pure Audio Blu-ray delivers a new standard in immersion, fully enveloping the audience in a cocoon of life-like audio. Recorded in discrete 9.1 at DXD resolution.

The Oslo String Quartet, formed in 1991, is now considered to be the most prestigious in Scandinavia. It is also making a variety of CDs which are also much praised. For example, their recordings of Carl Nielsen's quartets won them a 1999 "Editor's Choice" nomination in the international journal 'The Gramophone'. Here are quotes from the opinions of the CD set: "Artistically it is the finest at any price point ... totally dedicated, idiomatic performance ... full of vitality and spirit and refreshingly straightforward". A possible factor in the Quartet's success is their current possession of fine instruments loaned from "Dextra Musica", a subsidiary of Sparebankstiftelsen DNB, which, since 2006, has bought valuable string instruments with the purpose of loaning them to Norwegian musicians.

The Oslo Quartet here provides an interesting pair of Viennese String Quartets from Beethoven and Schubert respectively. The recording begins with Beethoven's Quartet no. 11 in F minor op. 95, one of his shortest, and the last in his 'Second Period', where it was isolated in form. Generally though it was composed in Oct. 1810, it was not performed until 1814. However, the paper on which it appears does not match the variety Beethoven is known to have used at that time. It is more likely that he finished it several months later. He, himself, named the quartet "Quartetto Serioso" and indicated that it "was written for a small circle of connoisseurs and is never to be performed in public." The work has a mass of anger in various forms, likely to be derived from Napoleon's invasion of Vienna by earlier that year, and this upset Beethoven greatly.

Schubert's Quartet No. 15 in G major (1826), is the last of his string quartets, and stands alongside the famous D minor Quartet ("Death and the Maiden") as proof that the composer was well on his way to writing large-scale works in all genres. Symphonic in organization and structure, it achieves a depth of sound that often belies the presence of only four musicians. In its scope and difficulty, it typifies Schubert's later works.

Overall, Oslo String Quartet carefully exercise their technical talents together with their excellent interpretations and a clarity in balancing the four instruments, so making their sound a real experience. Also, 2L's recording aids the highly detailed sound produced by the OSQ. For Beethoven's Quartet 11, Beethoven's elements of dark fury merged with gentle reproach,thus reflecting the composer's feeling in an invaded city.

In Schubert' s lengthy Quartet no. 15, OSQ has to attend to all the many changes in tension realistically, for example in the Scherzo which has a country feel with a tender soft swaying Trio - and a touching end to the last movement, where its 6/8 moto perpetuo just gently fades to nothing. Schubert also introduces a number of experimental textures, an unusual one in which the lower three strings together play vibrating chords with a floating melody above, a mysterious 'pianissimo tremolando' - which appears several times in most of the movements.

Jar Church, Norway was the venue (a commonly used building for recording). The very helpful booklet photos show OSQ in a semicircle at the top of the nave, quite close to the mic array; there is also a coloured photo of the array itself. Interestingly, the cellist (Øystein Sonstad) is positioned a little further out of the semi-circle, sitting on a low table which appears to be metallic. Presumably this was to moderate the cello tone in some way and get its best from the Jar's resonance. Schubert, at the beginning of his work, didn't use the cello in playing his music to the public; his father was a cellist but not very well trained, so Schubert waited to write quartets until he left home. Once again the 2L recording is superb; the musicians are slightly closer to the mics, and the Jar resonant background is hardly heard until the music stops. This time, I was amazed that the OSQ was heard in 3D, as if there were real persons in my room. Comparing the SACD with the Bluray I found them to very similar, except the top notes of the violins were somewhat "sharper" in Bluray.

Making general comparisons of the OSQ's performances with two very-well known examples - first the Beethoven Quartet, with the Tokyo String Quartet, where they were mostly a little slower than OSQ, had more vibrato and a more romantic style with less "tension edge", despite the score's ferocity. There was plenty of the airy venue, helping the resonances of the instruments. For Schubert's F min, I chose from CD 9 of EMI's "The Collector's Edition: Schubert" (1970 - now deleted on CDs but digitised downloads can be obtained). The Hungarian String Quartet was long admired. However, the Hungarian balances between instruments were not as good as OSQ's, and often the Hungarian viola used notably more vibrato than the rest. However, the HSQ managed to make some sense of humour which OSQ did not try. Comparing the movement times, it is evident that HSQ had selected quite a few sections not to replay, while OSQ played all of the indicated repeats - and in a way so as not to be discovered by listeners. Given these features, I was happy to have bought 2L's "Major Minor".

A pair of marvellous string quartets are played with great admiration and packed with a mass of material to make them play as well as they can in their music room. What else could you do? 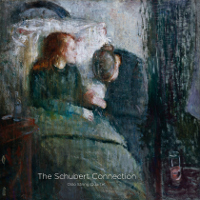