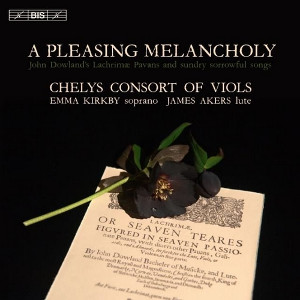 
‘A pleasing melancholy’ is how Robert Burton described the feeling that certain music can give rise to, in his The Anatomy of Melancholy from 1621. Some 20 years earlier John Dowland, melancholic par excellence, had expressed a similar idea in the dedication of his Lachrimae, or Seven Tears: ‘pleasant are the tears which music weeps’. During this period in England, melancholia had become fashionable, especially in cultural and literary circles, and spawned countless poems, paintings and songs. When Dowland’slute song Flow My Tears was published in 1600, the instrumental Lachrimae Pavan on which it was based had been in circulation for several years and was the composer’s ‘number one hit’ both in England and on the continent –and four years after the song, he returned to the music and varied it in the ‘seven tears’ for viol consort and lute.