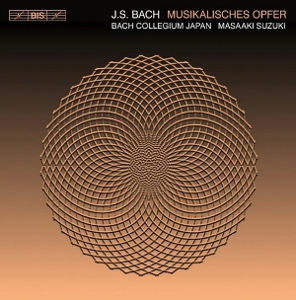 
Johann Sebastian Bach’s appearance on 7th May 1747 at the court of Frederick the Great is the best documented event in the composer’s otherwise unglamorous career. During the proceedings, Frederick provided Bach with an exceptionally difficult theme on which to improvise a fugue. The King is said to have been impressed with the improvisation, but Bach himself was less so, and announced that he intended to set the theme to paper ‘in a regular fugue’. Several months later the Musical Offering appeared in print – a collection of 13 pieces in diverse genres: fugues, canons and a trio sonata, all exploiting the ‘Royal Theme’ in various intricate ways.

Bach’s published score gives no firm idea about a playing order for the pieces, and in most cases no instrumentation is specified. Furthermore, some of the canons – the so-called ‘riddle canons’ – are very sketchily notated, with just a few notes and some enigmatic clues in Latin. The performers are thus left with an unusual degree of freedom when it comes to the interpretation of the work –a freedom which Masaaki Suzuki, with his colleagues from Bach Collegium Japan, is singularly well-placed to explore. Following the Offering on this disc is another collection of riddle canons by Bach: the ‘14 Canons on the Goldberg Ground’ which were discovered as late as 1974, in the form of a hand-written addendum to the composer’s own printed copy of the Goldberg Variations. The canons are all based on the first eight bass notes of the celebrated Aria from the Goldberg Variations, and are performed here as harpsichord solos, along with the Aria. The disc closes with another chamber work however –the Sonata in G major for flute, violin and basso continuo, BWV 1038.

As we approach the end of the year we can look back and say, from the point of view of our shared obsession, that it was neither the best nor the worst of times. Repeated dire warnings of the demise of sacd haven't panned out again (thank you to the labels that continue to soldier on) and many fine discs were issued. Nonetheless some labels have curtailed or abandoned sacd production and the continued duplication of standard repertoire frustrates at least some of us.

In the spirit of looking back I offer this disc (yes, the pun is intended) as the highlight of my collecting year, another fabulous recording from the seemingly indefatigable Masaaki Suzuki and members of the BCJ (and did you notice the addition of Beethoven's Missa Solemnis from Suzuki, soloists, BCJ among the "not yet released" items forthcoming from BIS? The prospect is mouthwatering).

I wouldn't presume to list the "best" discs of the year, but others that have given me the greatest pleasure or filled important gaps in my collection include: Vaughan Williams: Symphony No. 9, Job - Davis, Elgar, Tchaikovsky: Cello Concertos - Moser, Manze, Schmidt: Symphony No. 2 - Blunier, Brahms: Piano Trios 1 & 3 - Vienna Piano Trio, and despite the repertoire duplication Shostakovich: Symphony No. 5 - Honeck and Tchaikovsky: Symphonies 4, 5 & 6 - Lindberg for their fresh approaches to well known pieces.

Some really interesting releases forthcoming from Chandos and BIS seem set to start the New Year off right, so happy and healthy 2018 to one and all. 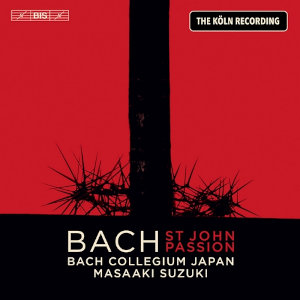