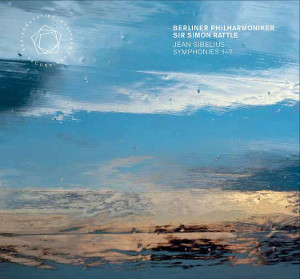 
For Simon Rattle, Jean Sibelius is “one of the most staggeringly original composers that there is”. And indeed, this music has a unique musical language whose many beauties are particularly succinctly conveyed in Sibelius’s seven symphonies. There is sonorous warmth as much as there is austere Nordic folklore. Moreover, there is a conceptual boldness that takes the listener on exciting musical journeys of discovery. In 2015, to celebrate the 150th anniversary of Sibelius’s birth, Simon Rattle and the Berliner Philharmoniker presented the cycle live, which was met with unanimous delight by audiences and critics alike. “The Philharmoniker show that with them and Simon Rattle, Sibelius is in excellent hands,” wrote the Berliner Zeitung, “because the orchestra has that astringency and sheer power which is so important for this kind of music.”

Simon Rattle was familiar with the music of Jean Sibelius from childhood. When, as a ten-year-old, he heard the Fifth Symphony live for the first time, it struck him – to use his own words – “like a thunderbolt”. The Berliner Philharmoniker can also look back on a long Sibelius tradition and the orchestra was conducted by the composer himself in 1902. However, the first complete performance of the seven symphonies was not realised until 2010 under the direction of Sir Simon Rattle, with the Third Symphony being performed by the Philharmoniker for the first time. For many music lovers in Berlin, this new encounter with Sibelius was an exhilarating experience, and so it was only natural to repeat the performance of the cycle in Sibelius’s anniversary year.

The complete recording of the symphonies is now being released in an exclusive edition. The edition presents the symphonies not only on 4 CDs, but also on two Blu-ray discs as HD video, in uncompressed audio resolution and DTS surround sound. The extensive product features include a comprehensive booklet and an hour-long video interview in which Sir Simon Rattle talks about his views on Sibelius and introduces the seven symphonies.

Rattle's Sibelius now on SACD, looks great! DSD remastered from the 24/96 PCM origins -
can't wait to purchase and listen to the whole album! (I have purchased the Kamu/Lahti set on BIS, though, but this marks an interesting comparison)

Despite the comment above I have wondered the same thing, William Hecht. Or actually I've been frustrated on the recording repertoire policy of BIS Records. They have brought out more than a one Sibelius symphony cycle (if the RBCD offerings to be included there are 4 of them in total - one with the Gothenburg Symphony Orchestra under Neeme Järvi, two with the Lahti Symphony Orchestra and one with the Minnesota Orchestra). There were other composers in Finland, Sibelius was not the only one, and in my mind BIS should release their works on SACD.

Sibelius's compatriots Leevi Madetoja (1887-1947) and Erkki Melartin (1875-1937) are pretty famous composers in Finland and in Scandinavia but elsewhere their works are lesser-known. Both created a notable orchestral music oeuvre. Madetoja composed three symphonies, symphonic poem Kullervo and Elegy for string orchestra, for instance. Melartin wrote his highly colorful and emotional six-symphony cycle at the same time with Sibelius but regrettably these have been fallen into oblivion. Moreover his work list includes violin concerto, two-act opera 'Aino' based on the Finnish epic Kalevala and ballet suite 'Sleeping Beauty'. If to be released on SACD and on high-resolution downloads these works will reach wider audience, I think.

But I haven't finished this speech yet. The creativity oeuvre of Joonas Kokkonen (1921-1996), the honorary composer of Lahti Symphony Orchestra, consist of four symphonies, deeply affecting Requiem to the memory of his wife Maija, two-act opera The Last Temptations and a chamber symphony, to name a few. Although BIS has already released most of these works they should record them again using benefit of high-resolution audio and Surround Sound. BIS also started to record complete works of Einojuhani Rautavaara (1928-2016) but for some unexplained reason they managed to brought out just few albums. New multichannel recordings for SACD production are needed.

Rattle did a survey with the CBSO many years ago which was lauded by some by not be me. There is no right way to play Sibelius' music as the composer is said to have confided to friends near the end of his life; that few conductors 'get' what his music is about. For me Rattle's performances are always too 'meaningful' and laboured, one doubts he will be remembered as one of the greats.

The only Rattle recording that has stayed in my collection is the EMI DVD-A of the Cooke version of Mahler 10, and that's only because there's no sacd alternative in multichannel (except the RCO set which I've passed on due to having at least three sacd versions of each of the canonical nine in my library plus Abbado's blu Ray set of 1-7 and his BR separate 9th). SSR's recordings have always struck me as micromanaged.

Yes Bill, the perfect word that eluded me!

Luketsu, I agree to what you write about Melartin. I have his symphonies (Ondine) and his opera Aino (BIS) and they are indeed beautiful.

Thanks, Jan Arell. It will most likely take few years before we can even expect for to receive a multichannel set of Melartin's Symphonies - BIS has other plans right now.

I have to imagine they are recording these works because..they sell. Minor composers (in terms of recognition, not quality) simply don't necessarily sell in the same volume without at least substantial marketing.

I believe bissie was kind of explicit in terms of why BIS is recording a Mahler cycle no-one here asked for with Minnesota and Vanska (although, as always, good Mahler is welcome). They don't really have a Mahler cycle currently and increasingly the classical business is about building a catalog for streaming and licensing, markets which dwarf SACD even if the individual payouts are tiny.

As for orchestra boxes, the intended audience is Berlin Philharmonic fans, not per se audiophiles. They're including audiophile options because, I believe, the marginal cost of doing so isn't that great compared to the cost of the recording, and it can be used to justify a higher price tag.

None of this is nefarious, to be clear - the market for selling recorded music is harder than ever, and I approve of most practices which allow labels to stay alive and vibrant. In fact, for BIS I've been struck how much money they spend on recording obscure nordic works, and kind of wonder if they turn much of a profit on them. If, as I suspect, the Vanska Mahler cycle is going to subsidize recording a lot of music that is underrecorded, then bring it on.

All of which is quite probably true, and it's why I'll buy the Vanska cycle even though I need more Mahler like I need the flu. But to me it just seems like a great shame that conductors of enormous prestige like Rattle and MTT, who could record pretty much whatever they want with their orchestras, don't often use that opportunity to expose some of those "minor" composers in a more than "one off" kind of way. After all, it was only a little more than 50 years ago that, at least in terms of recordings, Mahler was one of those worthy minor composers who was recorded occasionally by some excellent conductors but not systematically. And then came Bernstein having his photo taken wearing his "I am Gustav Mahler" sweatshirt, using his bully pulpit at the NYPO to preach the Mahler gospel, and the floodgates began to open. It's one of the primary reasons I love BIS. Robert and co. actively proselytize on behalf of lesser known composers in whose work they believe even when the profit margin is almost certain to be slim or non-existent. I know there are others as well, but too damned few. 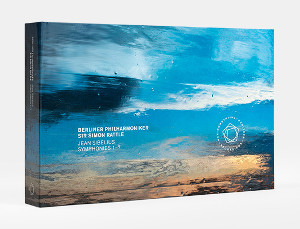