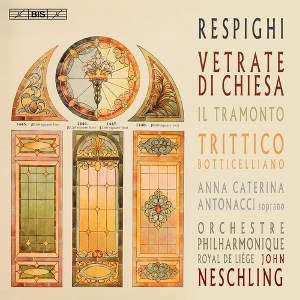 
In their acclaimed series of Ottorino Respighi’s orchestral music, John Neschling and Orchestre Philharmonique Royal de Liège have transported listeners to destinations as diverse as Brazil (Impressione brasiliane) and King Solomon’s Jerusalem (Belkis, Regina di Saba) as well as giving a thrilling account of the composer’s monumental Sinfonia drammatica–a score of epic proportions for a correspondingly large-scale orchestra. That performance earned a Critic’s Choice in American Record Guide and an ‘Empfehlung’ on German website Klassik-Heute.de, and throughout the series Neschling and his team have received high praise for incisive interpretations and luxurious playing.

The present disc brings together three of Respighi’s more popular works, besides the perennial Roman trilogy. Scored for small orchestra, his Botticelli Triptych has all the freshness of the famous paintings of the Renaissance master: Spring, Adoration of the Magi and Birth of Venus. Subtitled ‘poemetto lirico’ Il tramonto was originally composed for voice and string quartet, but is often performed with a larger complement of strings, as here. Soprano Anna Caterina Antonacci breathes impassioned life into Shelley’s Romantic poem The Sunset (translated into Italian) in which love is brutally cut short by death. The disc closes with the four Church Windows, three of which originated as piano preludes based on Gregorian themes. In 1925 Respighi composed a fourth companion piece, and recast the set as a suite for orchestra. Only then did he give titles to the movements, so that his lavishly orchestrated windows are in fact imaginary scenes, rather than any existing church windows.

There can be little doubt that John Neschling's comprehensive series of recordings of Respighi's orchestral works for BIS has set a standard in both performance and sonic terms that future competitors will find hard to emulate let alone exceed. The series began some eight years ago with a spectacular release of Respighi's Roman Trilogy Respighi: Roman Trilogy - Neschling that not only fully embraced the benefits of multi-channel sound but also indicated the conductor's empathy with Respighi's music. Neschling's orchestra then was the São Paulo Symphony, but for the four subsequent releases, including this one, he has collaborated with the fine Orchestre Philharmonique Royal de Liège whose eloquent playing has additionally been enhanced by the superb acoustics of the Salle Philharmonique in Liège.

This disc opens with Respighi's charming 'Trittico Botticelliano' inspired by three of the Renaissance painter's most famous canvases. The composer's orchestral mastery is evident in every bar of these miniature tone poems for small orchestra that perfectly evoke the subject and mood of each of the paintings – 'La Primavera' (Spring), 'L'adorazione dei Magi' (The Adoration of the Magi) and 'La nascita di Venere' (The Birth of Venus). Neschling takes a more measured view of all three movements than many of his competitors on disc, and while this allows the listener to relish the clarity and luminous quality of the superb BIS recording, a touch more forward impetus would definitely have been advantageous. This is especially true of 'La Primavera' which lacks a modicum of the lightness and sparkle appropriate to its subject. Incidentally the liner notes lists this movement's duration incorrectly as 4.54 when it is in fact 6.06.

Respighi composed his exquisite setting of Percy Bysshe Shelley's poem 'Il Tramonto' (The Sunset) in 1914. Though originally written for mezzo soprano and string quartet it is the version with string orchestra that is performed here. The choice of Anna Caterina Antonacci as the soloist is most welcome. The sensitivity of her ravishing singing and ability to communicate every nuance of the text to the listener is clearly a product of her wide experience on the opera stage, while Neschling's flowing accompaniment is always attentive to the needs of his soloist. The BIS liner notes helpfully reproduce both the Italian and English text of Shelley's poem.

Finally we enter blockbuster territory with Neschling's imposing account of the four-movement 'Vetrate di Chiesa'. This work started life as 'Three Piano Preludes on Gregorian Melodies' and after the addition of a fourth piece, the composer orchestrated them and added evocative titles to each of the movements that suggest scenes that might appear on the stained-glass windows of a church.Here Neschling's measured approach pays dividends giving Respighi's Gregorian melodies a majesty and grandeur captured in a recording of unsurpassed splendour. The calm and poetic music of 'La fuga in Egitto' ( The Flight into Egypt) allows for some beautifully turned wind solos from the Liège players while the devotional 'Il mattutino di Santa Chiara' (The Matins of St. Clare) also features subtly nuanced string playing towards its close. Neschling is particularly successful in the pacing and dramatic thrust of the exciting 'San Michele Arcangelo' (St. Michael Archangel). The atmospheric off-stage trumpet solo in the middle of this piece is perfectly distanced on this recording and provides a moment of repose before the build up to the spectacular triple forte tam-tam crash that ends this section. The final and longest movement of the work is 'San Gregorio Magno' (St. Gregory the Great) and here the conductor's clear sense of purpose and masterly control of his gargantuan orchestral forces, that include an organ and large percussion section, is never in doubt. He unfolds this imposing Gregorian fantasia with impressive solemnity before bringing it to a blazing peroration that will lift you from your seat.

As I have already indicated the recording team of producer Ingo Petry (Take5 Music Production) and sound engineer Martin Nagorni (Acantus Musikproduktion) have captured Neschling's eloquent performances in state-of-the-art sound that could not conceivably do more justice to Respighi's sumptuous scores.

In every way this is a worthy addition to the finest Respighi survey on disc for many years.

Robert,
Has this been released yet as I can't find it listed with the usual suspects.
Also your website shows no reference to it.
Great series and looking forward to this one.

This disc received a recording of the month review on Music Web International just today, so it must be somewhere in the pipeline, but at this point I have 8 different BIS discs on my wishlist here that aren't actually available from any of my sources, even for pre-order.

Thanks for the tip off Bill.
Can't wait for it after that review.
I hope the Bis log jam doesn't last much longer.

John,
IT'S Included in BIS' new release email received this morning. No specific date, I know that varies with distributors, but "December".

Have had it for weeks as a multichannel download from eClassical. Delicious!

Thanks Bill. It's now arrived at my music store here in Sydney and shortly will be in my player. Cheers.

Glad to hear it, John. Still no joy from UK or US suppliers. Music store? What's a music store? Happy holidays.!

Tut tut,Bill. Your memory can't be that bad!!! 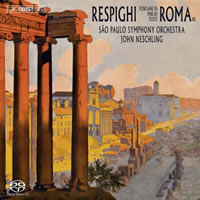 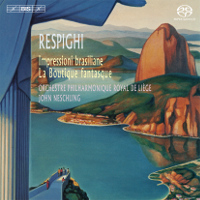 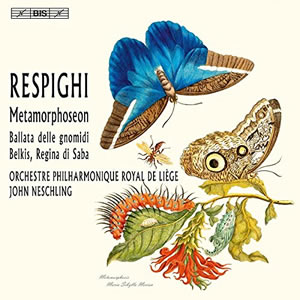 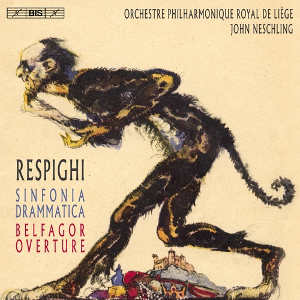