Contrapunctus: it's not available to me either! But I'm able to get around it. Is there a way to contact people directly? I could explain to you how I do it. 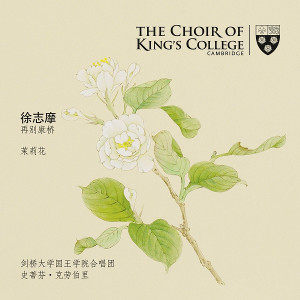 Music from Mozart, Faure, Durufle and others.


At the edge of Scholar's Piece lies a granite stone carved with the first and last lines of Farewell to Cambridge, a poem written in 1928 by Xu Zhimo. Already adapted into many pop songs, this marks the poem's first mainstream classical interpretation. Alongside it are popular classics by Mozart, Fauré and Duruflé, and Stephen Cleobury's new arrangement of the 18th century folk song Mo Li Hua. The album is rounded off with the ever-popular King’s Men singing a more contemporary collection of a capella music and never before released mixes of classic carols.