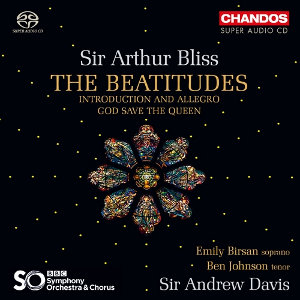 Bliss: The Beatitudes, F 28, Introduction and Allegro, F 117, God Save the Queen (The National Anthem)


Excelling in recordings of Delius, Elgar, and Holst, Sir Andrew Davis here presents a spirited programme of works by Sir Arthur Bliss. It follows a recording of Morning Heroes that made the top recommendations of 2015; likewise recorded in surround-sound, it conveys the energy of both the exceptional soloists and the impeccable BBC Symphony Orchestra and Chorus.

Premiered along with Britten’s War Requiem at the consecration of the new Coventry Cathedral in 1962, but hardly ever heard since, The Beatitudes is remarkable for its dramatic intensity, ‘full of contrast and striking orchestral effects’, as The Times noted after a recent Barbican performance given by the same forces. The reviewer added that ‘soprano Emily Birsan was silvery clear, well supported by the tenor Ben Johnson. And the biggest round of applause should go to the BBC Symphony Chorus, full of passion.’

To complete the album are an arrangement of the national anthem having all the flair that made the tenure of Bliss as Master of the Queen’s Music distinctive and successful, as well as the virtuosic Introduction and Allegro, dedicated to Stokowski and inspired by the powerful sound of American orchestras post-World War I. 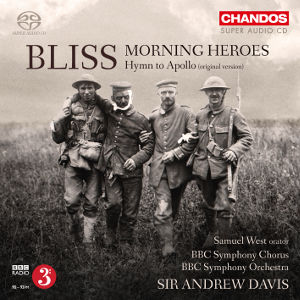 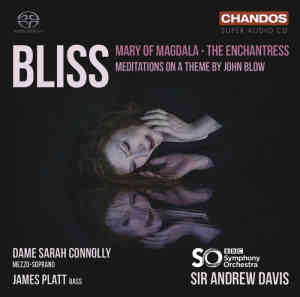