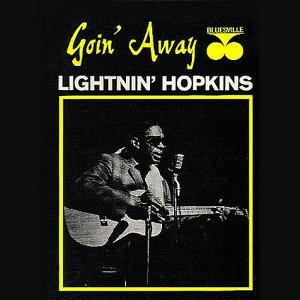 
Part of the ultimate audiophile Prestige stereo reissues from Analogue Productions — 25 of the most collectible, rarest, most audiophile-sounding Rudy Van Gelder recordings ever made. All cut at 331/3 and also released on Hybrid SACD

Sam “Lightnin’” Hopkins, a true poet who invented most of his lyrics on the spot and never seemed to run out of new ideas, was a blues giant of post-war blues whose style was rooted in pre-war Texas traditions. While he cranked up his amp to fierce proportions when performing for his friends at Houston juke joints, producers who recorded him for the so-called folk-blues market usually insisted that he use an acoustic guitar for more “authentic” results. Either way, Lightnin’ seldom made a bad record, and this June 4, 1963, session on which he played acoustic was among his finest, thanks much to the sensitive support of bassist Leonard Gaskin and drummer Herbie Lovelle, who did a remarkable job of following his irregular bar patterns and abrupt song endings.

This SACD is simply outstanding ! On one side of the enclosure there is the drums, on the other side there is Lightnin' Hopkins with his guitar and in the middle the bass, the sound is clear and limpid ... it's a marvel !