The Jimi Hendrix Experience: Are You Experienced?


Analogue Productions presents the SACDs Jimi Hendrix fans have asked for: Hybrid SACDs of both Axis: Bold As Love, as well as Are You Experienced, the 1967 debut full-length studio release by the Jimi Hendrix Experience. Newly remastered by Bernie Grundman from the original analog master tapes, each disc contains the mono and stereo mixes for each of these historic albums. This is pure DSD sound to applaud!

When first released in 1967 in the U.S., Are You Experienced turned the music world upside down as Hendrix showed everyone exactly what it meant to be "experienced." This SACD returns to the original 11-song version that was originally released in August 1967. It contains such eternal classics as "Hey Joe," "Purple Haze," "The Wind Cries Mary," "Fire," and the title song, whose backward drum and guitar tracks and otherworldly guitar work still sound innovative almost a half-century later.

As Rolling Stone states, Jimi Hendrix was the most innovative instrumental genius the rock era produced, a wizard guitar player whose sense of technique never overwhelmed the blues and rock 'n' roll spirit that was the underpinning of his genius. He improvised with the fervor of a born jazzman; he philosophized like the most cosmic rocker, but ultimately his basics were rooted in soul, a reflection of the chitlin circuit, where he cut his teeth. With the possible exception of Cream, The Jimi Hendrix Experience was debatably the world's finest-ever power trio. Axis and Are You Experienced showcased the grasp that Jimi and his cohorts — Mitch Mitchell on drums and Noel Redding on bass — had on the studio technology at their disposal, and the lyrical beauty of Hendrix's guitar playing.

Oft delayed and unfortunately there was little information from AP taking the viewers into their confidence as to why along the way. So the actual release has ended up being a bit anticlimactic for me.

This is one of those titles that fall into the preservation of cultural heritage category. And i don't know that we have reached the definitive hi res outcome yet. There are UK and US versions of the album AND mono too. This issue is the US version in mono and stereo - as an aside, there is no clear information on the disk or the booklet as to the order on the disk. It is stereo first and mono second.

By today's standards this is a pretty low fidelity recording. Added to that, very good quality master tapes seemingly either no longer exist, or are currently inaccessible.

With that in mind the stereo version sounds pretty good, albeit a little bit thin sounding. Though it does sound cleaner than i was expecting. Whether this is because of noise reduction being applied at some point or because there has not been a direct DSD transfer from the original analogue tape i can't say. For the record, you are looking at a average DR of 10 for the stereo tracks.

Unfortunately the mono version is pretty dull sounding and not up to the same sonic standard as the stereo version. The mono mix though seems pretty good and it is a significant loss that AP did not have access to a better quality mono master tape. One of those instances where leaving the mono version off the disk might have produced a less is more outcome in many peoples minds.

Still after all that, i am happy i stumped up the cash and bought the disk. It is a brilliant album. 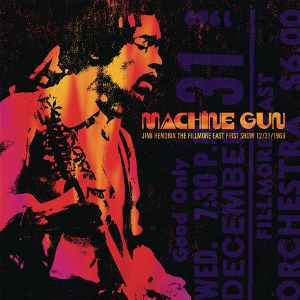 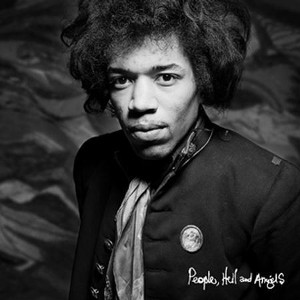