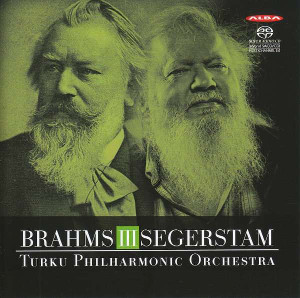 Look at the front of this SACD. What an imposing photograph of bearded composer/players! Together they have now arrived at Alba's Third Symphony of Brahms. Open the first page of the booklet, and you will find that Leif Segerstam, Finnish and currently chief conductor of the Turku Philharmonic Orchestra, writes his introduction: "His cdrecord in the ALBRA-TROSS-series of Brahms-Segerstam juxtapositions is an excellent tidbit of the contents of this unic project with longbeared filous as musical musketeers...". His essay in Segarstem's personal university of sound, and his final comment, says "please enjoy these musical greatingpackages from the beardy brothers... guten rutsch... always...". And so.

How is Segerstam's appeal to his listeners and musicians? Here is an active opinion from a player in the BBC Symphony Orchestra;

“I have rarely heard the BBCSO perform Bruckner so well since the days of Günter Wand. Right from the very opening, at a simple gesture from Leif Segerstam, a closed fist suddenly opened, pianissimo string tremolo and horns came in precisely together. This is so rare, as the horns usually take a moment to sound and the opening can often be ragged. And then, after the statement of the theme in the bass, the oboe comments with a falling phrase, encouraged by Segerstam with open arms to expand its expressive potential towards the deepest of tragic laments, and it was apparent that this performance waltzese would endow its encounter with this music with widest spectrum of profound emotion”. That is interesting.

Listening to Brahms' Third Symphony first movement with its unusual 6/4 rhythm and F minor base key at 'Allegro con brio' was very enjoyable, but somehow the 'brio' was rather less than the spirit and liveliness than I was expecting. The 'Andante', however, was fullfied by its instruction 'espress semplice' and is indeed truly. Third movement 'Poco Allegretto (3/8) sounded superb because of the Viennese-like elements by the cellos, and horn solos from Tan Nisonen. Some of the tunes are quite well-known, despite being generally slower. The final movement (sotto voce) returns us to the F minor of the First movement. It returns quietly in the military-like alternate between 2 bassons and strings. Towards the middle, atmosphere breaks and we are treated to 'Beethoven anger', returning to a rich, soft end. Taking a sample of Dausgaard with the Swedish Chamber Orchestra, their fourth Allegro pushes along, happily, until it begins faster, jerky, and a fuel of enthusiasm spreads across the sound - strong drums and basses supporting the 'military' before they slowly vanish. This gives an idea of Dausgaard views compared with Segerstam.

Let's return to Legerstam in his ALBRA-TROSS. His exceptional creativity as a composer has been admired throughout his career. He has currently written 316 symphonies, 29 string quartets, 11 violin and 4 piano concerti, alongside chamber and vocal music. Nearly all of Segerstam's symphonies are cast in a single movement, lasting about 24 minutes. They're scored for unconducted symphony orchestras, and have some of the best (and weirdest) titles in music. Symphony No. 294, "Songs of a UNICORN heralding..." (21:05) is the somewhat odd title. I suspect that the origin of the symphony based on"The Unicorn" is a song by well-known singer Shel Silverstein that was made very popular by The Irish Rovers in 1968 and spread across the World. The song tells that unicorns were not a myth, but a creature that literally missed the boat, not boarding the Ark in time to be saved from the Great Flood described in the Bible. They are said to be the loveliest of all animals but also silly".
Segerstam, himself, in his Booklet, outlines;
"in the wonders of experiencephenomenologic dualisms: Love-Hate, Life-Death, richness-darkness, humidty-dryness, warmth-coldness...THIS is perhaps what the unicorn is heralding primal screamly loud through its alphornic bell...".

I usually avoid some contemporary music for its lack of happiness, but here is Symphony No 294 - and I loved it! There is a range of instruments, some of which seem to have modified, dissonance is usually involved but here the atmosphere is warmth in many ways in displaying the elements of the song of a unicorn. Segerstam is plainly intellectual!

Live performances at Turku Concert Hall, Finland were very good captures by Sound Engineer Thure Brinkmann, with hardly any sounds from the audience, but the audience itself absorbs quite an amount of absorbing sound from the back of the concert hall, so the multichannel (FLAC 96.0 kHz | 24-bit) is rather "soft". Listen to the Sweden Chamber Orchestra with Dausgaard, where BIS have made a sound which is rich and brilliant.

If you are collecting the ALBA-TROSS, with only one more Brahms to go, this is entertaining, well done and informative. Comparing other discs to acquire such as as Dausgaard's, who includes three extra Brahms pieces after Symphony No. 3, might give you a difficult musical inventive!

Personally, I have acquired both SACDs. And remember, a final message from Leif Segerstam, "please enjoy these music greatingpackages from the beardy brothers... guten rutsch...always... 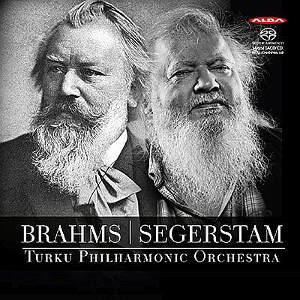 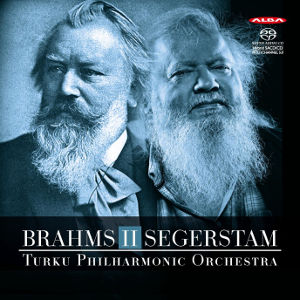 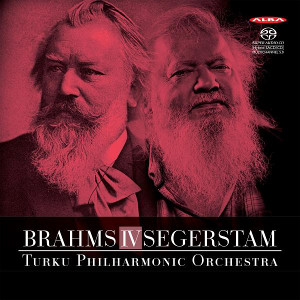