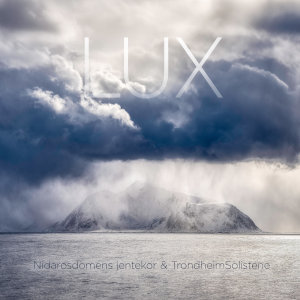 
Acquiring life skills during a challenging, fragile phase of life — learning to belong, to feel seen and included, learning to build friendships — all of this lies at the core of the Nidaros Cathedral Girls' Choir's mission.

The Requiem in Andrew Smith's version, commissioned by the choir, is loosely based on the Roman Catholic mass for the dead. Several of the texts of the traditional Requiem Mass have been replaced, however, with biblical references to the tragic fate of children, reflecting the all-too-frequent conflicts of today in which the young are innocent victims. The musical material in the Requiem takes its inspiration from Gregorian chant. Melodic fragments of the ancient requiem mass can be heard in the background. Trygve Seim's improvising saxophone makes up an integral part of the whole, yet lives a life of its own in close companionship with the singers and Ståle Storløkken on organ.

The palette is expanded with the glorious strings of TrondheimSolistene in Ståle Kleiberg's Hymn to Love and The Light (with Petra Bjørkhaug, organ). These works add dimensions of faith, hope and love. And light too, when all seems dark. In life there are moments to treasure, and challenges to overcome. In the words of Helge Torvund: The light you need exists.

LUX is the conceptual sequel to MAGNIFICAT

Immersive Audio is a sonic sculpture that you can literally move around and relate to spatially; surrounded by music you can move about in the aural space and choose angles, vantage points and positions. Dolby Atmos and the Auro-3D on this Pure Audio Blu-ray delivers a new standard in immersion, fully enveloping the audience in a cocoon of life-like audio. Recorded in discrete 11.1 at DXD resolution.

Credit must be given to Conductor Anita Brevik for bringing together all of the disparate musical elements presented here into a cohesive whole. Stale Kleiberg composed tracks 1 and 11 as "bookends" to the main work, a Requiem by Andrew Smith. This is not your grandfather's Requiem. It is old and new music comprised primarily of a girl's choir, a female soloist, church organ and saxophone. By the way, the organ severely rattled my room at times. Something I will have to hunt down and fix. I listened to the album from the included Blu Ray disc (5.1 and 24/192). I'm anxious to hear the Auro 3D version. Extensive use was made of my surround speakers to envelope me in the music as it was performed, organ and sax on opposing sides of the Nadros Cathedral. As I began listening to track one I thought this would be another Kleiberg style recording (and I really enjoy Kleiberg)! A generous pause in the music before track two begins the Requiem. This was different. The entire Requiem evokes strong emotions but not in a completely sorrowful way. Instead, we are treated to echoes of the past making me think of Crusaders mournful of the destruction of war to joyful like a New Orleans style funeral parade signaling that another soul has finally risen in to paradise. Some of it is traditional classical but the Saxophone tempts the listener with jazzy passages. To be sure, there are a few discordant moments making me feel uncomfortable, as any funeral would. There were also a few "unworldly" moments when my dogs and I suddenly sat up to take notice, feeling as if ghosts had joined us and settled in to also take a listen. Track 8 (Requiem VII, Dominus pascit me) is my absolute favorite. It begins with the soloist who is accompanied by the organ and finally joined in with the choir and saxophone. Truly a lovely track. Recorded in DXD 24 bit 325.8KHz. Instruments and vocals are clear and distinct. If you are looking for refreshingly different music, this is it.