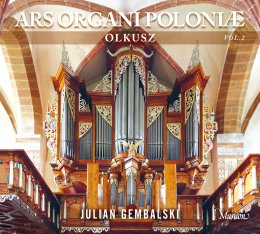 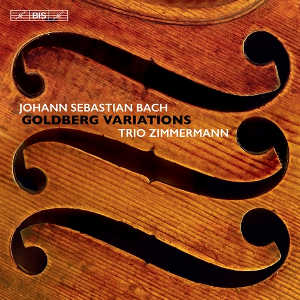 
For close to 300 years Bach’s Goldberg Variations have awed performers as well as listeners, through an unparalleled combination of a dazzling variety of expression and breath-taking virtuosity with stupendous polyphonic mastery. No wonder then that other musicians than harpsichordists have wanted to make it their own – pianists, first and foremost, but also accordion players and guitarists, flautists and harpists.

Having performed and recorded much of the classical as well as the modern string trio repertoire, Trio Zimmermann began working on the Goldberg Variations several years ago, playing an existing arrangement. But in their own words, the three members – among the leading string players of our time – ‘soon became captivated by the original score and its innumerable beauties and details’. As a result they have jointly prepared a performing version which here receives its first recording. Playing an important part on this disc are also the Trio’s instruments – all by Antonio Stradivarius, and featured in close-up on the cover.

The violin is not located on the left. We cannot locale it properly.
I tried the first record of the same bis/Zimmermann beethoven trios and violin is perfectly at his left place.

Hi Dominique,
After reading several negative comments as far as the sound of some releases is concerned, I wonder if your equipment is well calibrated. In this recording, I do hear the violin clearly on the left, and global comments agree that this is not only a first-rate recording but also very well played.

This problem is only with this SACD. Strange because with Bis, it is always well recorded.

Tried in DSD direct and with headphones, same problem

I listened to the stereo program, DSD64, in headphones. The violin is positioned slightly left of center, the viola center, the cello slightly right of center. It is not a very wide stereo image, but the instruments are clearly positioned.

EDIT: Dominique, make sure to set the output of your SACD player to two-channel, so that you can hear the actual stereo mix, in case the Emotiva pre-pro combines the five channels into stereo. The Left-Right image of the two-channel program might sound wider than a blend of the MCH program into stereo. (I don't have a pre-pro, and I don't listen in MCH, I am only guessing about the pre-pro settings.)

The stereo program on the Trio Zimmermann Mozart Divertimento album (Mozart: Divertimento - Trio Zimmermann) has a wider Left-Right image than the Goldberg Variations. On the Mozart album, the violin is clearly farther to the left, the cello is farther to the right. The Trio Zimmermann Bach, Mozart, and Beethoven albums were all produced and engineered by Hans Kipfer, but recorded in different rooms with different acoustic properties; the Goldberg Variations album was recorded in a church. The character of an acoustic space influences the spatial imaging of the instruments.

You’re right for stereo listening. The 3 players are close of center but clearly positioned.
So it is a problem with the 5.0 mix.

I always listen the multichannel layer ;-)