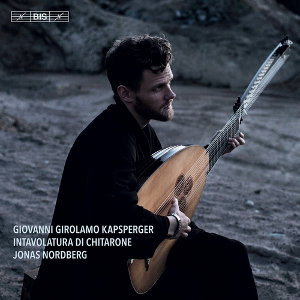 
At the end of the 16th century, the pursuit of greater, more vivid expressivity dominated music-making all across Italy, taking madrigals and other vocal ensemble forms as its starting point but soon going on to explore the possibilities offered by solo singing. For some decades the theorbo (or chitarone, as it was also called) was regarded as the ideal instrument for accompanying singers, but as a leading exponent of the instrument Giovanni Girolamo Kapsperger soon also established it as a solo instrument in its own right. Of German descent, Kapsperger published his first book of solo pieces for the theorbo in 1604 and went on to enjoy a successful career in Rome, contributing to the monumental cultural programme of Pope Urban VIII. There he moved in intellectual circles, particularly that of the scientist Galileo Galilei.

During the 1630s things became quiet for Kapsperger, possibly a side effect of Galilei’s conviction for heresy in 1633. Not until 1640 did his last known volume of theorbo pieces appear, the number four in its title indicating that two books have been lost. A particularly attractive aspect of Kapsperger’s music for the theorbo is the marked contrasts between dramatic and impetuous toccatas, straightforward, ‘no-nonsense’ passacaglias and rhythmically refined but simply constructed dance movements such as galliards. These are here all made to sound under the fingers of Jonas Nordberg, sought-after as soloist as well as ensemble musician, performing on a wide range of plucked instruments including the lute, guitar and theorbo. On BIS he has previously appeared on the acclaimed album Heroines with soprano Ruby Hughes and in chamber works with recorder player Dan Laurin.

Reviewing a previous recording of Jonas Nordberg Dufaut, de Visée, Weiss: Works for theorbo & lute - Nordberg I said “it is obvious that his delicate and precise playing does more than let you listen to the music as it was meant to be. It opens up a whole new world. It brings you back in history, to a time when people still had it”. I’m convinced that many will be pleased that he’s back again with another solo album, this time recorded by BIS in an equally high-quality sound and played with equal distinction.

The chosen works are once more of a not so very well-known composer; each of a short duration, allowing the listener time to savour to the fullest extent the string of pearls thus laced into a joyful parley created by the warm timbre the theorbo is so famous for. Indeed, Karsperger’s is a world of reflection, a world to cherish now that in our time everything moves fast and faster, leaving no or little time to contemplate the essence of things.

Rather than sitting outside on a rocky surface, like Jonas does on the cover, I’d prefer to picture myself in a noble man’s home in Italy, overlooking the autumn coloured Tuscany hills at sunset, sitting next to an open fire with a goblet of Vino Nobile di Montepulciano close at hand. Or, alternatively being anywhere else where this composer found peace and comfort to compose such wonderful melodious lines.

There is no need to say in different words what is said in the introduction above (and for more detailed information I may refer to the excellent liner notes of Anne Marie Dragosits), but let me assure prospective listeners and subsequent buyers that I find everything in this recital so genuinely delightful that I cannot but conclude that it is not only a thoroughly attractive choice for all aficionados of this instrument, but would also be a prime scoop for the many who want to stop the clock ticking our rushed lives prematurely away.