Frank Sinatra with Count Basie and the Orchestra: Sinatra at the Sands | Paul Hannah - April 6, 2020 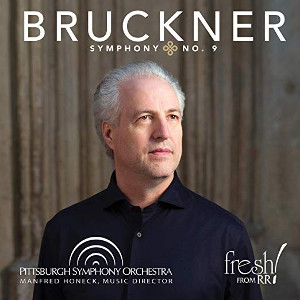 Reference Recordings may not be the most prolific label, but each new issue in their Fresh! series is an event worth its weight in gold.

Ahead of this year’s European tour of the Pittsburgh Symphony, Soundmirror recorded for Reference Recordings a ‘fresh’ version of Bruckner’s ninth symphony. It will figure, together with Shostakovich’s fifth, as symphonic ‘pièce de résistance’ on the programme, taking the orchestra to 10 of the most prestigious European Concert halls.

It is neither the first nor will it be the last recording of Bruckner’s ultimate symphony as it is one of the milestones in the career of any conductor of note. Its sheer complexity demands a clear vision on how to construct such a monument with the building blocks the composer puts at the disposal of the interpreter. Thorough knowledge and deep understanding of both Bruckner’s personality and spirit is a condition sine qua non.

A once well-known and widely respected Dutch writer and lover of classical music, Simon Vestdijk, wrote an essay “De symfonieën van Anton Bruckner” (1965), based on ‘conceptional unity’, an idea advanced by Austrian musicologist, Ernst Kurth, as well as notions of ‘over’ and ‘under’ value in Bruckner’s compositional style. He clinically (before becoming a writer, Vestdijk read medicine at Amsterdam University) analyses each of the symphonies, ranking movements in a ‘qualitative’ order as though to form with the best bits his personal symphony of choice. It may sound like a caricature produced by a charlatan, but I don’t think it was. Genuine research and, of course, personal liking must have played an important role to reach a final conclusion.

Whilst disregarding the practical usability of Vestdijk’s thoughts in the concert hall, it does demonstrate that views can be unexpectedly different from one expert to another. Some outright admiring, some critical and with so many editions and retrospect corrections by the composer himself, not all is rosy. The most negative qualification I remember having read somewhere is that “Bruckner composed one symphony nine times”. It may, therefore, be clear that hardly any reading of Bruckner’s ninth will be the same and some even boringly frustrating.

Comparing the duration of movements usually is a bad pointer, but it is said that in Bruckner it makes sense, especially in regard to the Adagio. Looking at other three-movement versions, all based on the Nowak edition (1951), one notes that the Adagio of the monumental 1970 recording with Otto Klemperer at the helm of the New Philharmonia Orchestra (Angel LP S-36873) spans 27:12 and Haitink, in a recent well-received LSO release Bruckner: Symphony No. 9 - Haitink needs 27:45 to express his views of the same movement. On the other end, we find the hyper-surround Tacet recording Bruckner: Symphony No. 9 - Keller, doing the Adagio in 23:56. Do I need to say more?

Time to turn to what Honeck has to tell his audience. To understand a work of such length, complexity, and musical importance, knowing the interpreter’s views opens the door to better value the result of his reading. And as with previous recordings, Honeck shares his detailed thoughts in the liner notes with the listener, thus allowing him to take, as it were, a seat at the jury table. I wonder how many conductors would have the courage to do this. But Honeck is a man of inspiring conviction, and what’s more: He plays what he says. Moreover, reading Manfred Honeck’s highly personal (as ever) notes is an immense pleasure as it is informative; 18 pages of readable and understandable text. I suggest doing this before, and once more, but then only the texts referring to each movement, during listening.

The back cover tells us that Honeck belongs to the slow-motion masters with a lengthy 27 minutes and 46 seconds of an almost un-worldly sounding Adagio. Only the Scherzo is a shade faster than other top readings. However, duration is relative, as once explained by another knowledgeable Brucknerian, Sergiu Celibidache, whose ninth is, I must admit, on the whole, many minutes shorter; undermining my suggestion in a previous paragraph! Leaving this aside, I stepped into Horneck’s world with an open mind, letting me be guided by his instructive roadmap.

From his notes, describing how Bruckner participated in lectures on the functioning of the human body, and the composer’s wish to be present at executions, I find confirmation of my feeling that Bruckner lived at and got his inspiration from the borderline between earth and heaven. It made me wonder if that is also the way Honeck wants us to join in his vision of the ninth symphony, moving from the deepest earthly abyss to the highest heavenly divinity. If so, and I think it is, this poor reviewer has the pitiful task to convey in words what he thinks he hears.

Listening to such a wonderful orchestra, led by someone with a clear, albeit very personal vision, words fall indeed short to express the deeply emotional experience. What makes Honeck’s rendition so significant? His ‘special effects’? The dynamics? The sudden changes in mood? The tight control over a hundred or so exceptional players? Well, the performance has to be heard, rather than read about, to be struck by its immensely gripping power, turning many other recordings into bleak collections of noise.

Honeck’s reading of the first movement is not ‘Feierlich’ in the sense of ‘festive’, as a newcomer to this work might suppose. On the contrary. It should, and Honeck does, be taken to mean ‘solemn’ or even ‘grave’, laying bare the apotheoses of Bruckner’s livelong battle against critics and hopes to eventually succeed, and in doing so, to express what Bruckner must have felt and gone through to finally decide to dedicate this symphony to God. Desolation and hope are embodied in stark dynamics set in a judiciously balanced soundscape and finely tuned groups of instruments.

The start of the following Scherzo could easily be mistaken for a pleasantly dance-like melody, but Honeck immediately and carefully unravels the strands of supposed fun into stressed feelings of eerie anguish. Under the baton of Honeck we get 10 minutes of lively, but at times unsettling, pointedly conveyed tragic drama, contrastingly foreboding one of the most captivating Adagios in Bruckner’s oeuvre.

The plaintive strings at the beginning of the Adagio sound to me what Bruckner feared to happen, but wasn’t ready for: death. But at the same time in the firm belief that God’s mercy was awaiting him. In his very personal view, Honeck, for all I know a devout Roman Catholic, like his fellow Austrian countryman, Bruckner, sees a link between the score and the text of the traditional Latin mass Agnus Dei, focusing on ‘peccata Mundi’ (the sin of the world) in the first, main theme of the violins, and a large block of ‘miserere nobis’ (have mercy upon us) further on. In his notes, Honeck describes in detail to which instruments or group of instruments parts of the Latin text are connected, with corresponding instruction on how he wants it to be accentuated.

Different views, different accents, one might say. But even without Honeck’s reasoning, his Adagio gave me a profound feeling of divine accomplishment, wondering if a closing finale would, in fact, be needed. Bruckner did score parts of it in the following years until his death, but health problems prevented him from putting things completely together while a coda is conspicuously missing. Some scholars have tried to ‘complete’ the symphony, and several recordings exist. But it wouldn’t be the same and I’m most grateful that Honeck has refrained from doing so.

Playing it with such commitment is admirable, but recorded by Soundmirror (Mark Donahue), putting everything in proper perspective, giving each individual instrument sufficient room to shine, makes the recording of this live performance in Pittsburgh’s Heinz Hall without any doubt one of the very, if not the best Super Audio version thus far on offer.

This album is a blockbuster. Honeck and the Pittsburgh Symphony continue to amaze. Never heard a technically better recording.

Well... I've convinced myself to get another recording of Bruckner 9. I love the very different versions of Giulini/VPO, Dohnanyi/CO, and Furtwangler/BPO, so we shall see how Honeck compares. (Of that trio, I'm guessing his reading is closest to Giulini's). Kudos to the PSO for continuing to document of an increasingly important musical partnership.

The Ninth is certainly one of the old curmudgeon's more accessible and enjoyable works, whether that is enough to warrant it's addition to one's collection is a mute point. The involvement of Sound Mirror probably tips the balance in its favour and of course Honeck is ever reliable on this kind of repertory.

In the wrong hands Bruckner can be quite tedious. Honeck makes this Ninth come alive like none of my other recordings of this work aided by the outstanding recording by Sound Mirror. Quanjer's review is spot on.

Thanks for the recommendations. This SACD is on my Presto Classical wishlist. Looking forward to playing it loud on my Magnepan 20.7s.

Well called Euell, seems a blockbuster indeed! I bought it, just need some free time to spin it now.

Bruno Walter's account of Bruckner's final and incomplete symphony has stood astride all competitors for over 60 years so it is almost with a sense of relief that at last we have a new version that can match that old warhorse in every respect. There is little here to criticise and little to add to Adrian's insightful review. My favourite Bruckner symphony by far.

Bruckner dreaded the idea of a Ninth symphony all his life, convinced of spiritual influences that brought to a close the lives of Beethoven, Schubert & Dvorak after completing their Ninth symphonies. Composition of the work dragged on for nine years and was still incomplete at his death. Prophetic indeed even if the old curmudgeon was deluded in his thinking.

This is an outstanding recording by any measure and a must for collectors even those who find Bruckner's music rather tedious and long-winded. Reference Recordings have had an impressive array of Grammy awards in recent times and no doubt this recording will be a strong challenger for yet more honours. It deserves to be but apart from that this is music making at it's magisterial best. Sound Mirror have contributed to this success and cannot be found wanting here. Just a touch of reverberation here and there that rankles but it seems to me that this has more to do with the Heinz Hall being completely over-loaded by the sheer volume and power of crescendo.

I absolutely agree - about the Walter and the Honeck. This new recording is so perfect both artistically and sonically that, whilst listening to it, I am almost persuaded that I don't need any other version on my shelves! Does anyone in this thread have a view on Honeck's Bruckner 4 with the same forces? 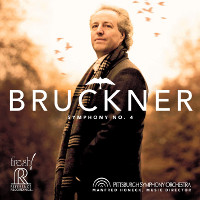