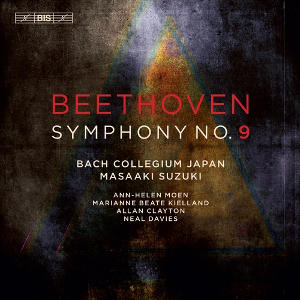 
Van Gogh’s Sunflowers, da Vinci’s Mona Lisa, Tolstoy’s War and Peace – those works of art that are truly part of the canon of global culture are few and far apart. In music, one work that holds significance for people all over the world is Ludwig van Beethoven’s Ninth Symphony, and especially its choral finale. Even today, as we are getting ready to celebrate the 250th anniversary of the birth of its creator, the sheer size and complexity of the symphony is daunting.

There are some eyewitness accounts from the first performance at the Kärntner-Tor-Theater in Vienna on 7th May 1824: we know for instance that Beethoven was on stage himself throughout the performance, but that owing to his deafness he did not notice the audience’s overwhelming enthusiasm. What the Ninth sounded like that evening in Vienna is something we will never know, however – which is why hearing it in a historically informed performance on period instruments is all the more enlightening. With impeccable credentials from their 65-disc series of Bach’s complete cantatas, and acclaimed recent recordings of Mozart’s Requiem and Beethoven’s Missa solemnis, Bach Collegium Japan and Masaaki Suzuki now give us their rendering of Beethoven’s last and greatest symphony, joined by a fine quartet of vocal soloists.

Recorded in January 2019, including a public concert on 24th January, at the Tokyo Opera City Concert Hall, Takemitsu Memorial, Japan, 24/96

Quite strange release by BIS, to be honest. There already is Beethoven: Symphony No. 9 - Vänskä so we don’t necessarily need another recording, despite this could be understood as a continuation to Beethoven: Missa solemnis - Suzuki. However, the forthcoming album of Bach’s St. Matthew Passion by the same forces is something what is worth to wait for...

I generally agree about unnecessary duplication being a problem in SACD-land, but I'm not sure this is unnecessary - in fact it seems like it will be very different from Vanska's own version, and given the quality of the forces involved I plan to get it.

There is a history of choral conductors tackling the "Choral Symphony." Off the top of my head, I can think of Shaw, Hickox, Nelson. Masaaki and the Bach Collegium Japan already tackled the Ninth once before, twenty years ago. He conducted the choral forces and four soloists accompanied by pianist Noriko Ogawa in Richard Wagner's 1831 transcription. That was a unique approach, and in a way a rehearsal for this forthcoming release. I wish them well and expect the results to be outstanding. 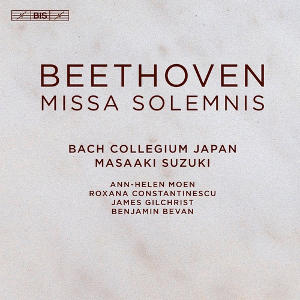