There is no review. And I'm unable to delete it. Sorry for busting it up. 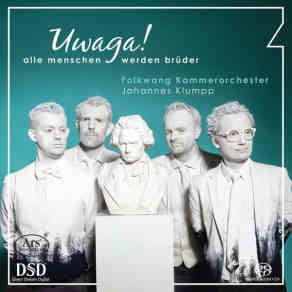 Various excerpts of compositions by Beethoven

As I said in a previous review, in Polish ‘Uwaga’ means something like ‘beware’ or ‘attention’. I do not know if this name has intentionally been chosen, but with this recording it seems once more very much to the point. As before, the four members of Uwaga, consisting of Christoph König (violin, viola), Maurice Maurer (violin), Miroslav Nisic (accordion) and Matthias Hacker (contra bass), seek to test the ultimate limits of classical crossover. In this particular case drawing on well known melodies from Ludwig van Beethoven’s oeuvre, without shunning a fair amount of liberties. ‘Originals and Forgeries’ as they call it, arranged by the two fiddlers of the group for themselves and for the orchestral accompaniment, expertly provided by the strings of the Essen Folkwang (University) Chamber Orchestra under the inspiring baton of Johannes Klump.

Theirs’s is a mixture of recognizable and not so very recognizable Beethoven. “German identity, fine arts, a myth. … Here, the two ensembles encounter like colliding galaxies, with all the drama firing up that comes along with such a process”. For some no doubt a typical ‘like or loathe’ formula.

For all those enterprising ‘likers’ ARS Produktion has made a pristine effort to put everything in the best possible soundscape: Roomy, bloomy, sometimes boomy, but never over the top; rocking your bass line box, mystifying your mind with the tiniest detailed musical information.

Surely an out of the ordinary performance. Must best be heard to be believed. Try to do so before buying to make sure that your taste concurs with that of the likers. If so, an uplifting spectacle and kaleidoscope of changing styles and moods comes your way. Even if it will not make all listeners to become brothers, it’s something that asks for and will bind your full attention from start to finish. 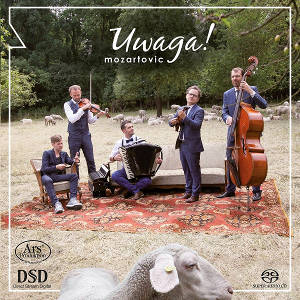 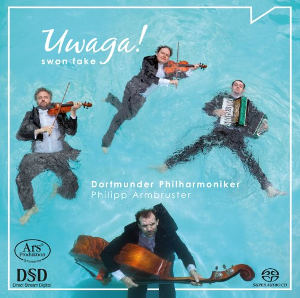