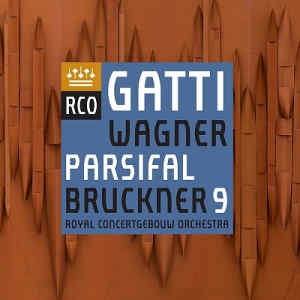 
The Ninth is the last of Bruckner’s monumental symphonies. The final movement is unfinished, but the three completed movements are an astonishing tribute to God, his main source of inspiration. In addition to a deep sense of piety, this music expresses fear and despair, as Bruckner knew that death was at hand. The intense expressivity of the work makes it one of the most remarkable orchestral works ever composed, a tour de force for the musicians and a unique experience for the listener. The album opens with excerpts from Wagner’s swan song Parsifal, the opera which Daniele Gatti conducted to great acclaim at Bayreuth four years in a row. This luxurious edition in book form is available in a limited edition.

Recorded live on 5 and 7 January 2018 at the Concertgebouw Amsterdam, the Netherlands