David Roth: Meet You Where You Are 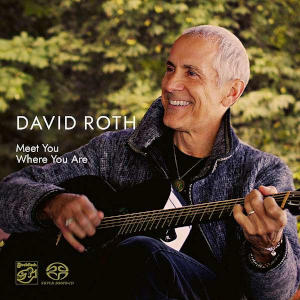 
The album "Pearl Diver" (2004) marked the beginning of an extremely fruitful cooperation between the American song poet David Roth and Günter Pauler from Stockfisch Records. Talking about his first encounter with the Chicago singer/songwriter David Roth, Pauler said at that time: "I was impressed by how he takes up vastly different topics with a self-confident intuition and turns them into works of art".

This hasn't changed at all after 16 years, and David Roth still shines with his newest album "Meet You Where You Are", which is released by Stockfisch Records on SACD as an audiophile-masterpiece and is a collection of wonderful songs from different periods of Roth's life between 1990 and 2018.

In his expressive songs David Roth tells anecdotes and stories from his life; he shares his personal memories and impressions, with which he communicates a pleasant charm – a charm, which, once experienced, isn't easy to withdraw from. The album, with its 12 songs and more than 50 minutes of music, is a pure balm for the ears! Mathias Pack

In addition to the well-known German guitarist and folk-musician Jens Kommnick, with whom Roth recorded all his basic guitar tracks in studio, this once again perfectly-arranged album brings together splendid musicians such as Beo Brockhausen, Manfred Leuchter (accordion), Hans-Jörg Maucksch (bass), and Lea Morris with her beautiful backing vocals. 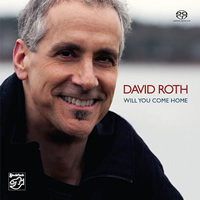