Quirine Viersen returns to the cello suites of Johann Sebastian Bach on the new label BarcaNova Records. She decided she wants to share with you the development she has gone through after deep inner work. Just as the cello suites were a new journey for Bach, they signify now the same for her. “How you are as a person, will reflect in the way you play the music. My story has changed and together with my journey also the way I play. More than ever before I have a story to tell."

It was in 2010, just after the birth of her eldest daughter that Viersen recorded Bach’s cello suites for the first time on the label Globe - a beautiful and precious blueprint of her life at that time. “Those recordings are very much connected to the beginning of my new life. Your own life renews through the new life you gave.“

But after the birth of her twin daughters two years later, Viersen found herself in desperation about her life as a professional musician. She was less visible on stage because of motherhood and wondered why she wanted to play cello anyway. The music of Bach proved to be her anchor during this challenging period in her life. “Bach gave me, time and again, life energy. Through his purity he brought me back to my own purity and closer to the answer on my questions.“

It is not the first time that Quirine Viersen records Bach’s Six Suites for Cello Solo. Her previous recording for the Globe label (GLO 5244 – 8711525524408) received wide acclaim, but is now hard to find and sold out in most places. A new set is, therefore, more than welcome. One of the marvels of her playing is that she has a ‘musically seasoned’ instrument: The Joseph Guarnerius Filius Andreae cello from 1715, previously used by no one less than André Navarra. And although Quirine may thus spiritually have inherited some vibes of this fabulous master, much of her inspiration, so she tells us, comes from her long-time mentor, Heinrich Schiff.

Fine though this first set was, life goes on and so did hers. After having given birth to twin daughters, Quirine - as we are allowed to read in the liner notes: “… found herself in desperation about her life as a professional musician. She was less visible on stage because of motherhood and wondered why she wanted to play cello anyway”. But now she’s back ‘thanks to Bach’ and how..! As she mentions on her web site: “My story has changed and therefore also the way I play”.

And so it is. We find here a technically further developed and, most of all, emotionally riper musician, giving us a captivating interpretation of one of Bach’s compositional milestones. To me, her emotion-laden reading sounds first and foremost like a dialogue with her instrument, as if to reassure her alter ego about her regained confidence. Full of love, wit, and sometimes in earnest, but never heavy-handed nor overpowering.

Even in technically demanding passages, she manages to dance along light-fingered as though telling her alter ego on how to cope with difficulty. The prelude in Suite no. 6 is a case in point. The same applies to the agility she demonstrates in the Courantes, as though tidying up once and for all any remaining cobwebs of the recent past. At least that is what I felt listening to her honest and disarming account of Bach’s extraordinary brainchild.

Bert van der Wolf is one of the few sound engineers operating at the sharp end of technical development. I’ve reviewed many of his recordings, none of which were less than superb. With expert knowledge of acoustics on different locations, always seeking and supporting on how to get the best out of an artist, and finally how to best put it on ‘file’, he belongs as far as I’m concerned to those magicians able to bringing the (almost) ‘real thing’ into the listening room. Full of detail, and with realistic dynamics.

All in all plenty of aural and spiritual food for even the most discerning music lover. A reading not to be missed. 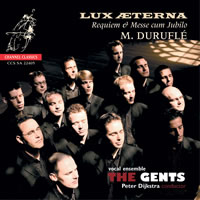 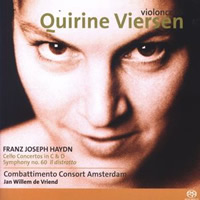 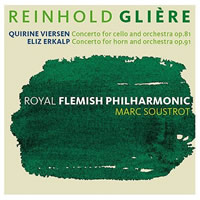 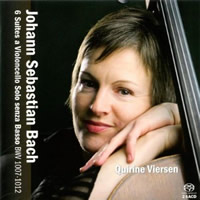