The second album in Dylan's marriage breakdown trilogy! Issued by MoFi in 2014 and mastered for SACD by Rob LoVerde. Not an 'Original Master Recording', so the provenance of ...

A truly superb SACD! The material is wonderful and the performance is remarkable. The last track - The Thieving Magpie - is incredible. VERY highly recommended!

Apologies for my ignorant comment re Brad Michel's other recordings. His partial discography as producer and/or engineer (on his website) runs to hundreds of titles. Discogs ...

The Alan Parsons Project: Eye in the Sky 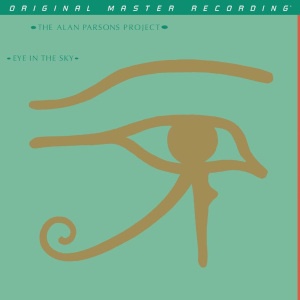 The opening track to the Alan Parsons Project's Eye in the Sky remains the most recognized instrumental in sports – fanfare inseparably tied with introducing NBA legend Michael Jordan and his six-time world-champion Chicago Bulls mates before games, and still used by many teams as an energy-raising prelude. Indeed, the subdued grandiosity, cosmic bluster, and lights-out wonder of "Sirius" also sets the table for the band's smash 1982 album, whose hallmark smoothness, lushness, and balance reach epic heights on Mobile Fidelity's collectible reissue.

Mastered for SACD by Rob LoVerde and a lovely job he has done too.

This quote from the album jacket will be of interest : “Eye In The Sky was originally mixed to both analogue tape and the Sony PCM 1610 digital system. For this release, the Original Analogue Master Tape was utilized”. Though I don't know whether the original mixing was done analogue or digital. Sound wise though, it sounds like an analogue mix.

Previous issues of this album have tended to almost exclusively use the digital master as the source.

This is probably the poppiest Parsons ever got and if you like some pop with your prog you can't go wrong with this album. 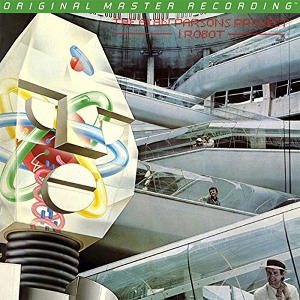