At a time when Vinyl sales have overtaken CD, new SACD recordings such as this are all the more welcome especially when such illustrious performers are involved.

Paul Hannah, you seem to be referring to this statement in the review: "...Bruggen, the only other modern recording on period instruments..." However, there are two more words ... 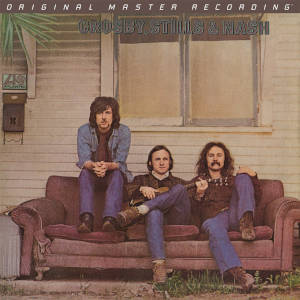 
The enduring charm, contemporary relevance, and harmonic convergence of Crosby, Stills & Nash's fabled self-titled debut owe not only to impeccably played songs and resonant lyrics, but to career-defining performances by music's first genuine supergroup. Crosby, Stills & Nash lingers as an example of the whole being greater than the sum of its parts. Factor in phenomenal studio production and acoustic-based architecture that served as guideposts for myriad albums that followed, and popular music would never be the same.

Given the somewhat iconic status of this album there is plenty of discussion about the 'best' mastering's out there on the interweb. For example, to this day, Joe Gastwirt’s remastering from 1993 remains very well supported.

I have by no means heard them all but have tended to being underwhelmed by the sound, particularly digitally, of this album over the years.

This version is mastered by Shawn R. Britton and is done in his signature style. It sounds very good too, though on occasions a little too bright in the upper registers for mine.

All in all, though, it is very natural sounding and on average fuller sounding than has been my previous digital experience.

It is Certainly the best I've heard this album, though there is unlikely to ever be a definitive mastering.

If you are a fan of the album, it is certainly worth the coin.

I can only imagine that the fans of the Audio Fidelity CD have never bothered to compare it to the Joe Gastwirt mastering from 1993. I have, and the next day I put the AF version up for sale. While the Gastwirt CD clearly states that the original master tapes have been used, it seems that Audio Fidelity used a later generation, clearly inferior source. The differences are not small and easily noticed.

Mobile Fidelity had both access to the original master tapes and also used their state-of-the-art 21st century equipment for their transfer. The improvement over the 1993 release is significant and clearly audible: The MoFi version offers more details, better instrument separation and improved voice rendering. It is overall much more musical and pleasant to listen to. While the Gastwirt can sound a tad harsh and brittle at times, the MoFi version offers a much more natural, smooth and slightly warm presentation. It‘s much more involving than any of the previous versions and creates an atmosphere that perfectly matches the mood of this album. This is by far the best digital version of this landmark classic I have heard. 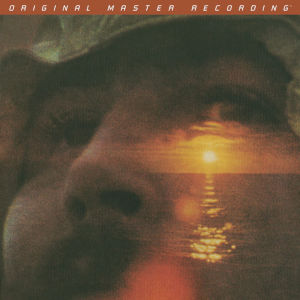