I think you'll find the DSD logo on most SACD discs and back covers, and all it's referring to is the delivery format, not the recording format. Many labels unfortunately have ... 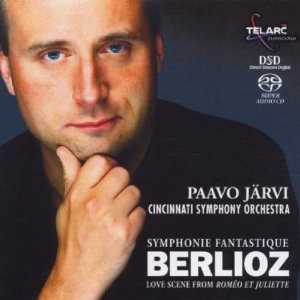 If recorded sound is your top priority, then this Symphonie Fantastique is a winner. The stereo sonics on this SACD are superb – fulsome and natural with a nice ambience and a bottom end that presents a true picture of the foundation of an orchestra in a real hall. The Telarc team (may they R.I.P.) really knew how to extract the best sound from the Music Hall in Cincinatti. Jack Renner engineered this one and for sound, it is certainly a recording to be proud of.

Those of you who’ve been waiting for the caveat, here it is: the performance is just mediocre. This groundbreaking composition has rightfully garnered praise over the years and has become a solid repertoire staple with many recorded performances. ArkivMusic’s database lists 160 recordings (!) though some of that 160 are the same performance in multiple releases. EMI alone has 22 recordings of the work from 14 different conductors. So where does Paavo Jarvi fit in this pantheon of performances? I don’t know! What I can say is that this performance is boring. Even the animated sections don’t sufficiently raise the excitement quotient in a piece that cries out for abandon. The best thing that the 4th movement March to the Scaffold has going for it is the ripe and full sound of the cellos and double basses and the powerful percussion.

I have a couple of RBCD comparators: Inbal on Denon and Munch/Boston on JVC XRCD. Inbal’s performance with the Frankfurt Radio Symphony is of a similar caliber to Jarvi’s – grand in conception, broad in tempo, and – boring. The sound of this Denon RBCD cannot hold a candle to the Telarc. Orchestral foundation is lacking and the brass have an unnatural, biting top end. Inbal’s total time of 56 minutes is 2 minutes slower than Jarvi to the detriment of the score. Munch on the other hand comes in at 49 minutes and brings the needed excitement missing from Jarvi and Inbal. This Munch is the one recorded in Boston in 1962 (as opposed to the 1954 performance documented on RCA Living Stereo on RBCD and SACD). The 1954 Munch took 46 minutes! The slower 49 minute performance on the XRCD release still delivers every ounce of excitement in the score and is certainly one of the must-have versions of this piece. Sound quality of the XRCD is, well, interesting. One can hear the remnants of tape hiss but it is not bothersome to me. There seems to be some emphasis on the upper midrange sound while the bottom end also seems to be a bit boosted. All in all, it is not a natural sound for an orchestra but it is rather exciting. I’ll take the Telarc for sonics by far. Too bad we don’t have Munch in Telarc’s sound. That would be the cat’s meow for performance and sound.

In the end, I cannot in good conscience recommend the Jarvi due to its lackluster performance. 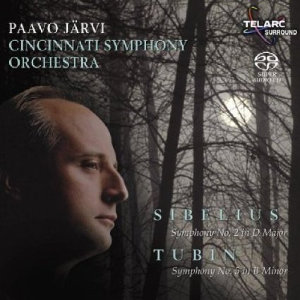 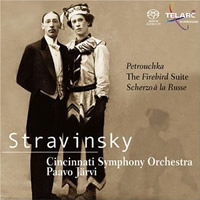 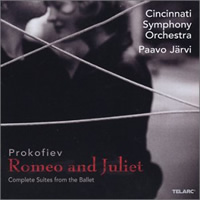 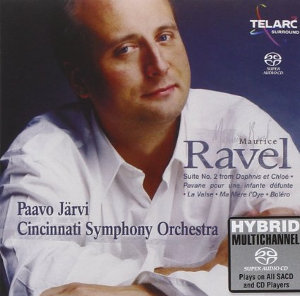 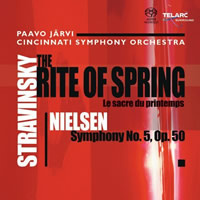 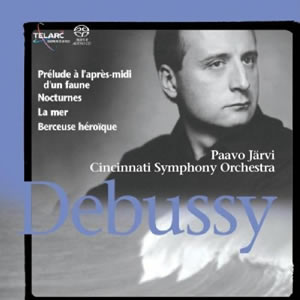 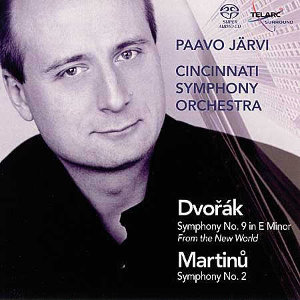 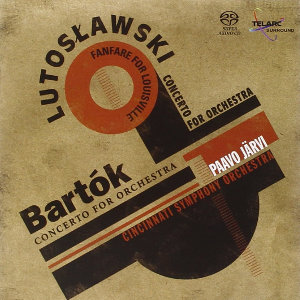 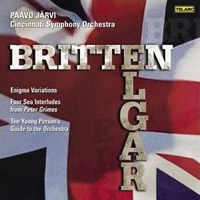