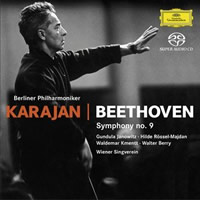 This is one of the few SACD's where the conductor has another recording of the same work available on SACD as well. In this case, it is the 1976 account (Beethoven: Symphony No. 9 - Karajan (1976)) which, despite being a great account from the "old school" of Beethoven interpretations, is as a recording, horribly messed up by DG or Karajan (or a combination of the two) despite having been recorded in quadraphonic sound.

The first movement has more of a sense of white-heat to it than the later recording where the feeling is more Brucknerian. The recording is not perfect with a slightly harsh, glass-like sound to some of the strings. The Scherzo is taken very quickly and unlike the 1976 remake, the accents are not smoothed over which adds tremendously to the drama. As with the later reading, the Adagio molto e cantabile is certainly adagio - much slower than it is normally heard these days. This is the movement where the 1976 account is better than its predecessor, the playing is of an even higher quality and this allows Karajan to acheive an even more spiritual dimension to this glorious music; here it sounds a little too reverential. The finale's introduction is dealt with in Karajan's customary style with a great sense of direction in the string "recitatives" before a most beautiful reading of, perhaps, Beethoven's most famous (non-motto) theme. The finale, though it is hard not to render it so, is tremendously exciting with playing of real passion. I don't find the solo singing to be of quite the same standard that was acheived in 1976 but it is not uncomfortable to listen to except in back-to-back sampling. The reading overall is remarkably consistent and is very enjoyable if not quite as authoritative as Karajan's later reading.

The recording suffers from the defects to the string tone which also marrs some of the vocal contributions too. Notes are from Richard Osborne and concentrate too much on Karajan. The actual words to Beethoven's finale are only given in German and English. 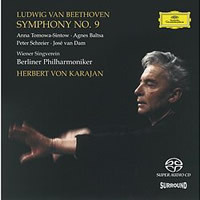 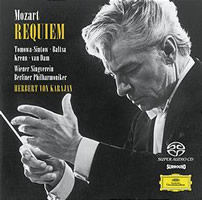 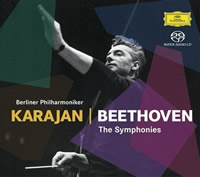 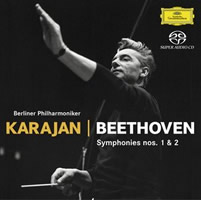 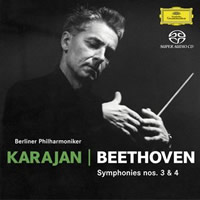 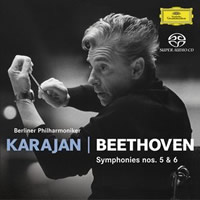 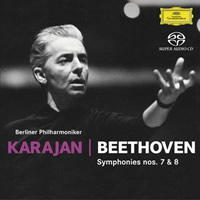 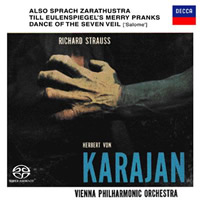 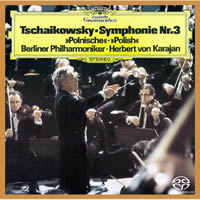 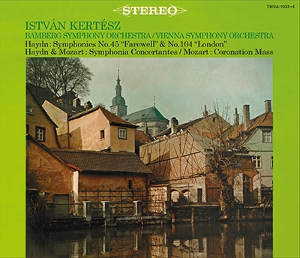 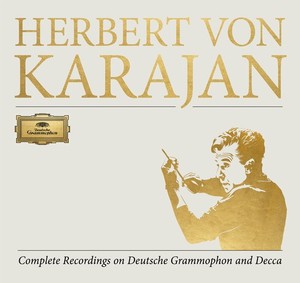 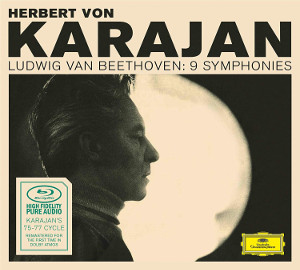 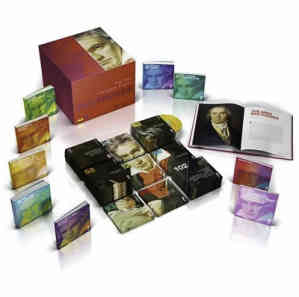