For this third album Elton went in a different direction and, with Bernie Taupin on lyrics, created this concept album about the American West. It peaked at #5 on the Billboard 200 chart and #2 on the UK Albums chart and has been certified platinum by the RIAA. 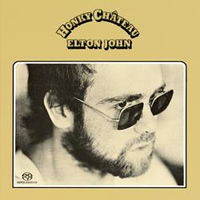