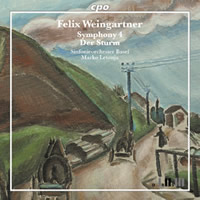 Those who have been tempted to buy the first release in this projected series of Weingartner’s orchestral works will not hesitate to get this one. In many respects it is even better than Volume 1 with the music showing even more melodic richness and variation in style.

The disc begins with four pieces from the incidental music Weingartner wrote for a production of Shakespeare’s ‘The Tempest’. The dramatic opening of the Overture is quite gripping and the other three pieces that make up the suite show much imagination in both their creation and scoring.

The short (12.06) Serenade for String Orchestra which follows is full of pleasing melodies, and none of its four movements outstays their welcome. I only wish that the second movement, a rustic dancing Intemezzo had lasted longer than 1m19s!

Weingartner’s 4th Symphony, like Beethoven’s Pastoral, is in F major and he described it as a ‘bucolic’. In spite of (or because of) the fact that it was composed in the middle of World War 1 it is a sunny untroubled work, rich in melody.
It is almost impossible to believe that music as good as this is not widely known or played more often. CPO are to be congratulated for their enterprise, and we are fortunate to have these recordings on SACD.

The playing, conducting and recording are first rate throughout, and once again MC adds an almost tangible quality to the sound. I am impatient for the next volume. 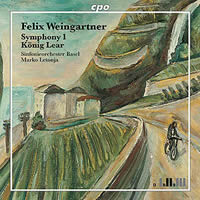 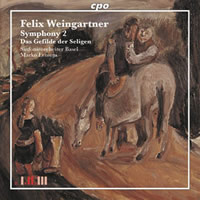 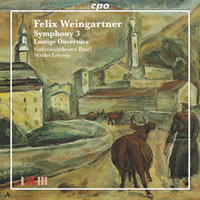 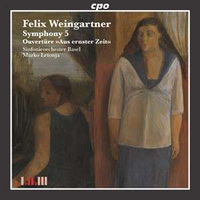 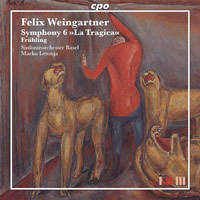 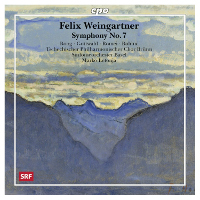 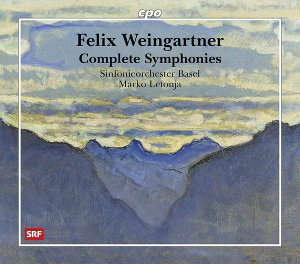