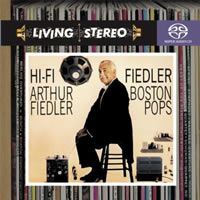 Like most of the Living Stereo releases, this 3-channel re-issue immediately impresses with its sound; quite remarkable for recordings made between 1956 and 1960 by the matchless team of Richard Mohr and Lewis Layton.

There is, however, in this case some overload of the tapes by the brass in the Rákóczy March and some coarseness elsewhere, but in general the recordings are clean and vivid.

It is perhaps unfortunate that four of the six items on the disc are already available in performances and recordings as good as, or even better than, these.

While so much of the Living Stereo catalogue remains un-issued on SACD such duplication is surely regrettable.

Taken in isolation this disc will give a lot of pleasure for its crisp straightforward performances and mostly good sound. 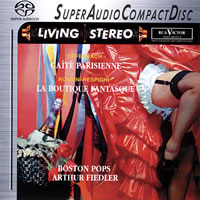 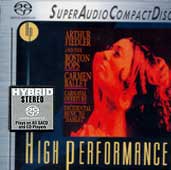 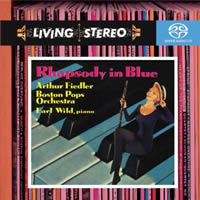 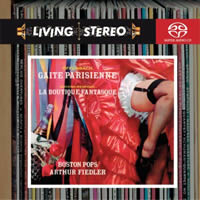 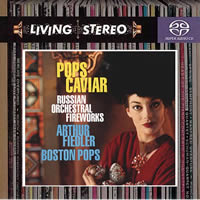