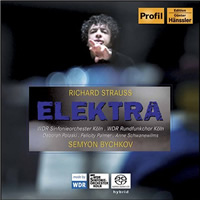 Since its first performance in 1909 Elektra, the opera by Strauss and his librettist Hugo von Hofmannstal has been a supreme challenge for singers, conductors and orchestras, and in this recording the challenge has been met triumphantly by all concerned.

First, it has none of the usual opera house cuts, which disfigure many versions, such as those by Böhm, Ozawa, Sinopoli and Barenboim. Strauss once told Böhm “Don’t ask me to authorise a cut; if I had wanted to approve it, I would never have composed it” so there is really no justification for cuts on a recording.

Secondly, it is conducted by one of today’s finest Strauss conductors, Semyon Bychov, who recently recorded an outstanding version of Strauss’s Daphne with the same orchestra and producer (Michael Haas), though sadly not available on SACD.

Thirdly, it has as fine a cast as one could assemble at the present time; all bringing to this performance their experience of the roles on stage.

Fourthly, it was recorded in the excellent acoustic of the Philharmonie Köln.

The opening Agamemon theme hurled out by the orchestra at once establishes the huge dynamic range of the recording and the clarity of the orchestral sound. The maids’ voices are heard not just from the front left and right, but also from the rear channels. While this might be felt by some to destroy the illusion of sitting in a seat in the hall, it is not overdone and immediately involves one in the drama. Klytemnestra, her Confidante and her Trainbearer first make their entrance from right rear and then she moves to the front to confront her daughter. Deborah Polaski has already recorded the role of Elektra for Barenboim, but here sounds in better voice and, while not quite equalling the greatest assumptions on disc such as those by, say, Birgit Nilsson and Inge Borkh, she never disappoints.

Strauss wanted Klytemnestra to be portrayed not as an ancient hag but as a proud and beautiful woman whose ruin is primarily spiritual, and the terrifying Klytemnestra of Felicity Palmer is a triumph in every respect. She has superb diction, conveys a complete understanding of the text, and most important of all sings the role without indulging in any grotesque caricature unlike some others on record. Again this is a performance born of long experience of this role on stage. The soaring tones of Ann Schwanewilms as Chrysothemis, sound wonderfully feminine, her distinctive timbre contrasting well with that of Polaski; so vital when the visual aspect is missing.
Franz Grundheber is not a youthful Orest, but his dark baritone suits the role and he and Polaski make the recognition scene a memorable experience. Graham Clark brings his usual flair to the part of Aegisth while all the smaller roles are extremely well cast.

Klytemnestra’s death scream is suitably blood curdling, but we are spared the exaggerated ‘sound effects’ that at times mar the Solti version and become irritating on repeated listening.
The heroes of this recording, however, are undoubtedly Semyon Bychkov and the resplendent WDR Sinfonieorchester with its silky strings, alert woodwind and sonorous brass including wonderful sounding Wagner tubas. They have been working together on this score since 1997 and the results achieved both in clarity and dynamics are astounding. The grateful acoustic of the hall ensures that more orchestral detail is audible than I have heard in any other recording, yet the sound is never clinical but always rich and warm.

The accompanying booklet does provide the libretto in German and English, but unfortunately not side-by-side. There are, however, good biographies of the singers, conductor and orchestra though no synopsis or background information on the opera or the composer.

At last, we have here a magnificent opera recording that makes imaginative use of the 5.1 surround sound capability of SACD and I recommend it highly.

Which SACD version of Elektra is to be preferred, Bychkov's or this one: Strauss: Elektra - Albrecht? 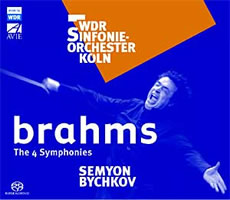 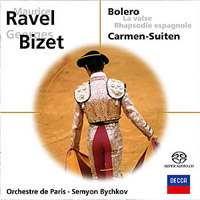 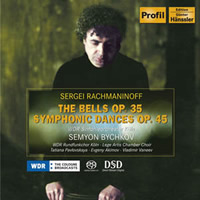 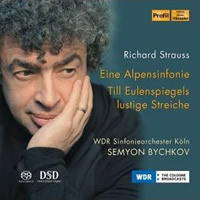 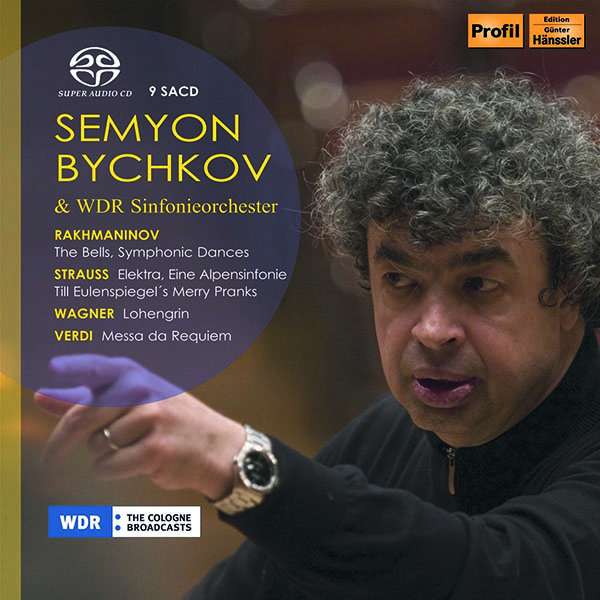