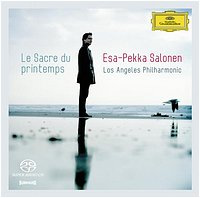 Unlike Edvin, I love the Mussorgsky piece in the original incarnation and actually prefer it to the Rimsky-Korsakov revision. However, I find the interpretation to be very odd indeed - the dynamics have been flattened out in places and has nothing of the flair that Abbado bought to the piece with either the LSO or the BPO (both RBCD and there is also a very good DVD account with the BPO). Despite the nippy tempo adopted there are moments where the orchestra is not quite comfortable and this is relaxed a bit (to everybody's benefit).

The Bartok fares better for me but the same problems of a lack of dynamic contrast occur as in the Mussorgsky, which (irrespective of the merits of excising parts of Bartok's creation) robs the work of a lot of drama and vitality. It is the opposite effect that recording live seems to have on the LSO these days - boring in spite of the music! It is a shame that DGG did not see fit to include separate tracks for each of the sections identified in the booklet.

The Stravinsky has many felicitous moments (if that is not too inappropriate for such a potentially savage work) and the LAP acquit themselves very well even if Salonen cannot prevent them from sounding too polite. There are far too few moments where the pulse is set racing by such incredible music; again the playing & conducting are restrained as if they fear excitement - I have heard far more thrilling studio accounts than this. Very disappointing really - there are odd moments where the piece threatens to come to life, like the Glorification de L'Elue being truly up to the tempo marked, before Salonen reins the orchestra back to mediocrity.

The real problem for me is the recording & the acoustic. The acoustic handicaps the recording as it manages to make the Philharmonie sound like the model of concert hall's, such is the cavernous sound that masks and exaggerates a lot of the lower material. The recording is an even bigger villain however - if you venture out to most western city centres, there will be at least one car that has a sub-woofer (or more) that each cost more than the car is worth & it is used to pump out deep bass as loudly as possible; that is what the DGG team have provided here - a boom box disc when the bass drum is playing! I do wonder if the mastering level for the .1 channel was incorrectly set when the disc went to press. It is so overly done that this disc is an experience that I will only repeat to show the difference between the poor recording on show here and what a piece like the Rite can sound like on Rhythm Is It! - Soundtrack both from a performance perspective but also a recording one too.

As a side note, as this recording is designed to showcase the new Disney Hall in LA it is very strange that we have a huge number of Salonen (perhaps outside the hall - we are not told) but none of the actual interior of the hall!

Actually, I enjoy the detail and the bass in this recording. To me it sounds similar to the bass drum bass you get from Reference Recordings and Telarc discs. 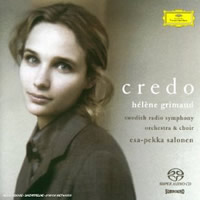 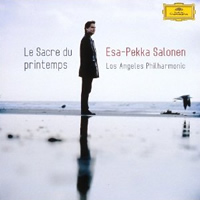 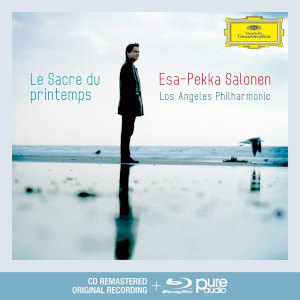