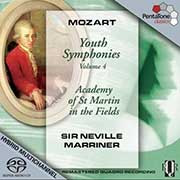 Having unwrapped this disc to try and get a sneak peak at future releases from the catalogue included (there are fewer details than are included on their website), it was whimsical curiosity that led me to pop this in my player. I almost wish I hadn't because now I want the other 3 discs in this series as well as many more RQR releases than I'd first thought.

The reason? Well, in spite of the age of the recording (1972-73) and the lack of period instruments, the playing has not aged one bit and the reason that Sir Neville Marriner and "his" Academy of St Martin-in-the-Fields become synonymous with this repertoire becomes clear. The tempi are sprightly and invigorating whilst having the necessary relaxation in slower movements. The forces employed are not too large for the ears of today and they display a tasteful restraint in the use of vibrato.

We are treated to a total of 6 symphonies (although one is really an overture without an attaching opera) which are surprisingly mature for the age of composition and the conducting of Marriner gives this music, which can seem very boring in lesser hands, a great deal of enjoyment to the listener.

As ever, Pentatone have done wonders with a superb transfer of a very well balanced recording - hugely enjoyable and one would never guess at the true age of the recordings from an acoustic point of view. 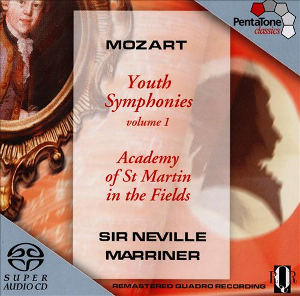 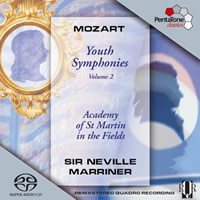 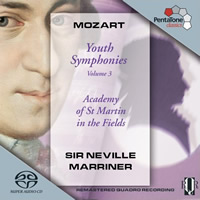 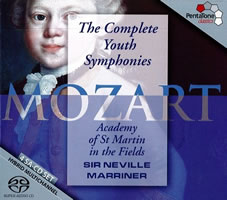