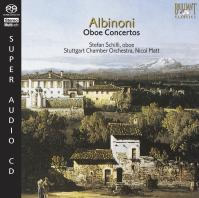 A qualified welcome from me for this well-filled recording. There are no less than 9 oboe concertos, giving a generous total time of 69' 46". The concertos are drawn from Albinoni's Op. 7 and Op. 9 sets, and include not only favourites such as the D minor, Op. 9/2 but also ones for 2 oboes from each set.

The playing of the Stuttgart Chamber Orchestra under Nicol Matt is exemplary, using modern instruments: they are sprightly and alert in the ripieno support for the soloists, both of whom are stylish and phrase the slow movements affectionately. All is thus well in the performance department.

The recording balance, however, disturbed me and made it difficult to for me to settle down and listen "into" the music. Although the sleeve notes provide ample information about the artists, there is no word about the recording other than it is mastered in DSD - my Marantz tells me it is 5.0. The overall sound is certainly clear and has a good dynamic range, although this is not called upon much in this sort of music. My first impression on listening in multi-channel was that the orchestra was strung out between the speakers without any real front-to-back information. Despite the rears providing sound, there was very little evidence of the acoustic in which they were set, and the players were relatively close, but not quite in my lap. However, the entry of the oboe was disconcerting; it seems to have been spot-miked and so was not integrated into the overall sound, and it was unduly prominent with an improbably large image. There was little or no sign of the hall "bloom". However, at Track 10, Concerto in B flat major Op. 7/3, I was immediately struck by the orchestra being set somewhat further back, exciting a good set of responses from the hall, and the solo oboe also gained a noticeable bloom. I would guess that from Track 10 onwards, either a different session was recorded, and possibly the microphone placements were altered somewhat, or a change was made in the mix. Whatever, I found the sound from Track 10 onwards much more listenable, although the large oboe still drew my attention. In the double concertos my equipment was unable to reliably resolve the two instruments spatially, a pity as Albinoni gives them antiphonal music and must have wanted them more spatially separated. Throughout, the harpsichord was hardly audible, just a faint tinkle emerging now and again. Again a pity, because the continuo is such a characteristic and vital part of the whole baroque sound and really enhances the texture when not cowed in the background. I tried the SACD stereo track, and oddly the overall balance was a little more convincing, although the soloists were still spotlit.

Despite my reservations about the balance, I would encourage lovers of Albinoni to acquire this disc, as the performances are lovely and the music is life-enhancing and full of fun, with the beguiling slow movements positively oozing charm. This is not a full-price disc, so is still good value.

Oh for a disc which has these concertos played on period instruments, and recorded in a historically-aware manner. with the baroque oboe played by the first oboist sitting in the band as he would have done. This music was written long before the days of jet-set expensive concerto soloists who demanded to be at the centre of attention! 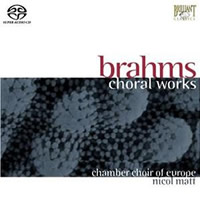 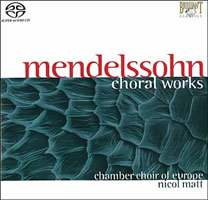 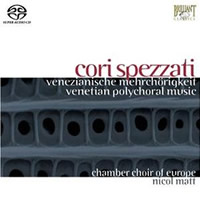 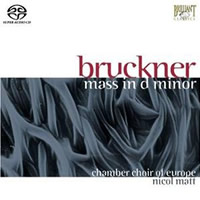 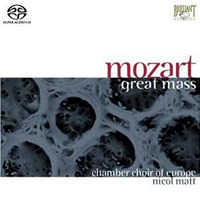 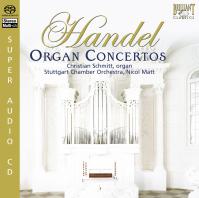 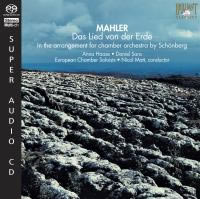