So there is more of the piano in the surrounds than there is up front? Unusual maybe but not a problem for me, indeed it makes it a must buy. 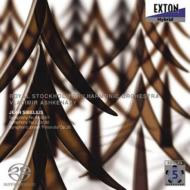 This instalment of Ashkenazy's rather inconsistent Sibelius cycle with the RSPO returns us to the quite close multi-miked sonics of the First Symphony disc, although thankfully without its spotlighting of instrumental groups. Sadly we leave behind the magnificently natural sound picture featuring the rich reverberation from the Stockholm Konserthus which so enhanced the fine performance of the Second Symphony. The engineering on the present disc reminds one of the dry Barbican sound from LSO Live. There is some indication of a front to back perspective but the surround effect is weak and the ambience of the hall plays relatively little part, confining music which really cries out for space and atmosphere.

It was a good idea to programme the Fourth and Fifth Symphonies together, as this gives listeners the chance to hear them sequentially. These two works dovetail musically and emotionally in many ways, the one being a deeply personal introspection of desolation, in both Nature and in human life, the other a reviving heroic triumph - not over Nature but in successfully communing and merging with it.

Much has been written about the possible origins of the dark descent into the abyss which is Sibelius' Fourth Symphony. At the time of composition, the composer was recovering from a throat cancer and desperately afraid that it might recur. It is sometimes said that it was a picture of a dreadful famine in Finland during Medieval times in which the peasants were reduced to eating lichen from the trees. However, that was really only a comment from one critic of an early performance, who dubbed it the 'Bark-Bread Symphony" because of its extreme asceticism. In fact, Sibelius himself was very clear about its origins. He journeyed with a close friend to a very remote part of Finland, where he was overcome with the loneliness and desolation of the place. The resulting work was the farthest he travelled away from his Romantic and Classical roots. It is harmonically adventurous; full of dissonance and uncertainty of key because of the pervasive influence of the tritone, a chord long held to be 'The Devil in Music'. Remarkably he came to England to conduct its première at the 1911 Birmingham Music Festival, to the great dismay of most of his audience.

Järvi and the Gothenberg orchestra, in their DGG Sibelius cycle, take more than 3 minutes longer than Askenazy in their first movement, making it an epic in Mahlerian terms. The strings have quite heavy vibrato, especially the cello solo in the first few bars of the opening, enhancing the interpretation. Ashkenazy, on the other hand, opens grimly with a dread purpose. His strings have very little vibrato, and his forward-moving approach has much greater tension, with intervening periods of relief and balm - the first horn call, for example, and its muted echo. He seems to recall Tapiola in the main section of this movement, with forest sounds, flickering bird wings and sprites, bursting into majestic swelling brass chords.

His second movement is mercurial and magical, with lightness of string tone and mordant winds contrasted with austere brass; a scherzo in all but name. The slow movement, however, is the dark heart of this work and Ashkenazy and his players have bleached tone for portrayal the soul's search. for something unknown. Unlike others who get lost here, he manages to keep forward momentum amongst the myriad short motives and textural elements which are picked up and discarded, so keeping coherence. The final movement translates us to the countryside, and peasant joy at the passing of a long hard winter. This is a frugal celebration, however, whimsical rather than ecstatic, and finally ends with an anguished recall of the deprivation of body and soul which the searing winter enjoined.

This is a very fine performance of the Fourth, and sits well in the company of some other outstanding versions, amongst which are the chilling psychological dissection of Segerstam and the Helsinki orchestra (Ondine), the breadth and vision of Karajan and the BPO (EMI) and, unexpectedly, Toscanini, in his searing meld of Nordic phlegmatic temperament with Latinate passion. If you want the angst-ridden Mahlerian approach, you must turn to Järvi's SACD from DGG.

The ever-popular Fifth Symphony, another step in Sibelius' striving for symphonic compaction, is rooted firmly in the golden key of E flat major. Ashkenazy and his team start it atmospherically, as if portraying a bright clear day with a fine country view, but clouds gather and there is a chill in the air. At this point the playing becomes soft-edged, lacking tension from 3:10 to the climax around 4:40, which seems rather sluggish instead of being made of glowing, shimmering life. The other movements fare better, however; there is a brisk and beautifully pointed set of variations in the Andante mosso. In the third movement, the swinging horn calls at the first appearance of the Swan Hymn (inspired by a flight of 16 swans which circled around the composer's house at Ainola) are given short phrasing, and this rather diminished their majesty. The final pages, taken at a good pace, work well but failed to really galvanise me. For that I turned to RBCD and Barbirolli, Karajan, Segerstam or Berglund, who unerringly produced an incantation which thrillingly revealed the glorious nobility of Nature. Ashkenazy, of course, does have the benefit of a wonderfully detailed DSD recording, but the conspicuous lack of a significant reverberant bloom on the Octavia sound is a pity. Switching to Järvi's lower resolution but realistically spacious reading on DGG, his players produced much more light, shade and contrast throughout the work, and the final peroration really soared aloft, a beautiful sound and much more effective in multichannel.

As a make-weight, Ashkenazy offers Finlandia. This banner of Finnish nationalism started life as allegorical music to accompany tableaux at an annual Press Celebration in Helsinki, and many listeners would be surprised to know that Sibelius was portraying a large steam train engine starting off and picking up speed. The Octavia engineers in this particular session produced yet another type of sonic picture entirely, this time a flat wall of sound, almost devoid of ambient and perspective information. The interpretation matches it; it is rough-hewn, with little subtlety and finesse or pointing of the jagged rhythms. Listen to Barbirolli and the Hallé for an incandescent account which could easily spark a Revolution on the spot!

Because of wide inconsistencies in recording techniques and performances, it is once again difficult to award stars to this disc. The deeply-thought and lovingly played Fourth Symphony alone would make it worthwhile acquiring. Some will enjoy the Fifth more than I did, and indeed it sounds fine on its own, but when comparisons are made, its deficiencies are clear. 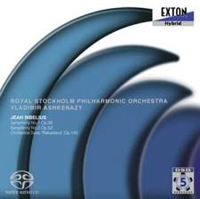 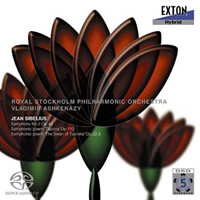 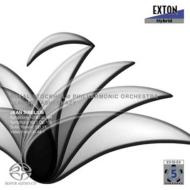